X-Factor contestant and soulful singer-songwriter, Dalton Andre Harris, is a popular Jamaican-British singer ideal for events. Though Dalton had already established his singing career prior to the competition, winning the 15th season of The X-Factor in 2018 kickstarted his career. A rising star within the industry, Dalton's magical performance can enchant audiences from sunset to sunrise.

Dalton Andre Harris is an R&B, reggae and pop singer-songwriter who found fame on the 15th series of The X-Factor. His music is infused with his Jamaican-British heritage, driving his more reggae-inspired hits which can fill the dance floor. Dalton's voice is truly spellbinding, ideal for a couple's first dance at their wedding he can set the tone with his emotive music. Confident, charismatic and dedicated to his craft, Dalton can keep audiences swaying and singing along all event long.

Born in Jamaica, he moved to London to chase his dreams of singing professionally. In 2010, Dalton competed on the Jamaican talent competition, Digicel Rising Stars. He took the show by storm, winning the series and claiming the $1.5 million prize money. Dalton remained in Jamaica to release his dance-inspired hit Pauper, the track found success on the 2014 Jamaican dance hall charts. Upon moving to America, he went on to release countless tracks, including Watch Over Me and All I Need.

In 2018, Dalton's X-Factor success kickstarted his UK career. Performing an Elton John classic, he had the judges in tears with his emotive rendition. Crediting his success to his pre-established fan base, Dalton's performance of The Power Of Love won him the show. Dalton was nominated for the 2018 Talent Recap Fan Choice Awards, in celebration of his influential X-Factor success.

This UK Singles Top 10 artist is the ideal accompaniment to any event. With his versatile setlist, Dalton can adapt his performance to compliment your theme and audience. With a voice like honey and a charming stage presence, an event featuring Dalton is a surefire success.

If you need any advice or guidance, or if you have a question about Dalton Harris or any of the music or entertainment acts on our website, don’t hesitate to give a member of the management team a call on 0207 078 78 76 or send us a message via agents@championsukplc.com. 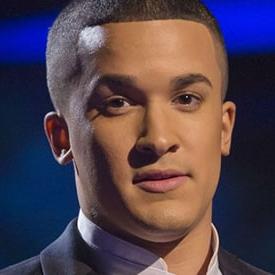 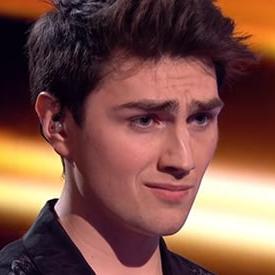