Louisa Johnson is an incredibly talented performer best-known for winning The X Factor in 2015. Originally hailing from Thurrock, Essex, Louisa’s career in the public eye has since gone from strength to strength.

Named as X Factor's youngest ever winner, Louisa continues to build a reputation among the best UK singers.

Louisa’s audition for The X Factor saw her perform a rendition of Who’s Lovin’ You, a soul song originally performed by The Jackson 5. Impressing the expert judges right off the bat, Louisa’s talent was recognised early on in the contest. Over the weeks that ensued, she performed an incredible array of tracks, showcasing her vocal abilities. Creedence Clearwater Revival’s Proud Mary, Sam Smith’s Lay Me Down, Aretha Franklin’s Respect and Bob Dylan’s Forever Young all featured in Louisa’s show-stopping performances on the show. With a little help from her on-stage mentor Rita Ora, Louisa was eventually crowned the programme’s winner.

Following Louisa’s appearance on the show, she soon released her cover of Bob Dylan’s Forever Young, which garnered her success in the British charts. Soon after, Louisa promoted the song on a number of high-profile radio shows, winning the single further media attention. The song was also performed by Louisa for the broadcast of Text Santa, a charity initiative aimed at helping British charities during the Christmas period.

Louisa’s musical abilities soon saw her collaborate with other well-known acts in the world of music. The release of her single Tears saw Louisa collaborate with the well-known British electronic music act Clean Bandit. Achieving strong commercial success, the collaboration made the top of the charts in the United Kingdom, whilst also featuring in the charts of a number of other European countries. The single’s popularity saw her perform the song at the Summertime Ball, an annual music festival held in London.

Louisa’s following singles, So Good and Best Behaviour, earned her gold and silver certifications, with both singles featuring in the British charts. Since then, Louisa has worked on a number of other high-profile collaborations, performing alongside the likes of 2 Chainz and Olly Murs. Having built herself a loyal fan base, Louisa is currently working on her much-anticipated debut studio album.

One of the most exciting X Factor winners ever to have graced the podium, Louisa Johnson is well on her way to establishing herself among the most famous British singers. Relying on her incredible vocal abilities and her wealth of on-stage experience, she is the ideal choice for corporate entertainment and all kinds of music events.

If you would like to book Louisa Johnson to perform for your corporate event or private occasion, contact the Champions Music and Entertainment agency via agents@championsukplc.com. Alternatively, speak to a booking agent directly on 0207 078 78 76. 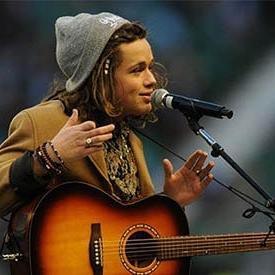