The Best Bands and Acts for University Leaver’s Balls 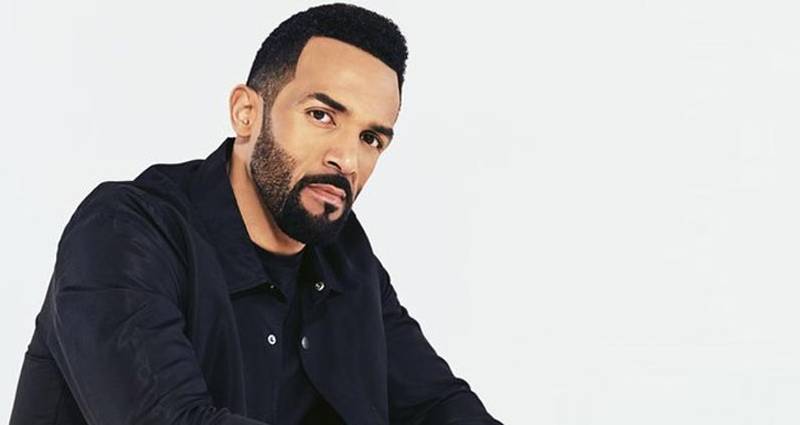 As a final farewell, it is of the essence to make your leaver’s ball a night to remember. Here at Champions Music & Entertainment, we believe that a leaver’s ball requires the highest quality entertainers available, and so, we have constructed a list of the best performers to do just that! To attain a high-quality night, have a look at our iconic artists, revolutionary bands and first-class performers.

What Is a Leaver's Ball?

Also known as a graduation ball, a leavers ball is a final celebration of your university experience, honoured amongst friends and familiar faces until late in the evening or early morning. As an integral part of final celebrations, this is an event with a semi-formal dress code hosted at a nearby or campus venue. Attending the event alongside students are a variety of entertainment acts and activities, such as headlining acts, a live band, pop-up bars, 3-course meals, a funfair and more!

Why Book a Band?

Booking a band for your leaver's ball keeps the fun alive all night long. With live bands able to modify their performance for any occasion, they can match the vibe throughout the evening, from formal to funky. Providing an enhanced musical experience, booking a band will exceed your expectations.

The Best Bands and Acts for University Leaver’s Balls:

Craig David is one of the UK’s most successful singer-songwriters. Blending garage, hip-hop and R&B, David has sold over 7 million copies of his debut album, Born To Do It. Since his commercial success, David has released numerous albums, singles, and collaborations, all achieving high appraise. With over twenty top 40 singles in the UK charts, Craig David is a musical talent high in demand.

“His musicians and backing singers added to the excellence of the gig. They complimented his smooth, sexy voice and his vivacious stage presence. One of the most charming celebrities I’ve had the pleasure of meeting.” - Jay

One of the most distinguished voices known to the world, Rick Astley is a revitalized phenomenon. His signature songs Together Forever and Never Gonna Give You Up are still sensations after being major fan favourites 35 years ago. Astley is universally loved by audiences of all ages, performing his unforgettable hits worldwide.

“With just him, his tight five-piece band and a very talented female backing singer, they had the crowd immediately up on their feet to sing along to old favourite Together Forever, and they never sat down again all evening.” - Kevin

London legend, Lily Allen is a singer-songwriter with an extensive career in music. Since she was a teenager, Lily has been one of the biggest names in pop culture. Her release of hit songs Smile and LDN led her to thrive and construct her infamous brazen persona. Loved for her character and music, Lily has performed at many high-profile events, such as Glastonbury. Charting at number 1 throughout the years, Lily Allen is unstoppable.

Former BBC Radio 1 presenter, Nick Grimshaw is a brilliant entertainer. Nick will engage effortlessly with your audience and leave them laughing with his larger-than-life character. Always keeping up to date with the world and supporting a range of causes, Nick is involved with many communities, such as the LGBTQ+ youth. With his music expertise and infectious enthusiasm, Nick Grimshaw is a name to remember.

“It’s Grimshaw who shines, his off-the-cuff humour offering something a bit different” - Lauren

Rap Royalty, Professor Green has been on the scene since 2005. Consistently delivering the finest tunes, Professor Green has had four UK Top 10s and UK Number 1s, alongside two UK Top 10 albums. His popular album Alive Till I’m Dead and song Read All About It are admired by millions, making for an exhilarating live show when booked.

“Stephen was assured and captivating, building rapport with a diverse audience ranging from schoolchildren to academics.” - Roy

Destined to be a known creator, Jack Maynard is the brother of music mogul, Conor Maynard. Jack is a popular face in the industry, having an impressive following of over 1.5 million subscribers on YouTube and as a rising talent when it comes to DJing.

Jack is a known figure in the media, his social media shows:

"S Club’s performance was amazing and it took our event to the next level! The band were really friendly and it was great having them. Thank you for all the help with booking them and we will definitely work with you again!" - Matthew, Private Event

Truly captivating, Troy is an innovative magician known for his mind-blowing tricks and routines. Performing mesmerising acts, Troy is breaking the mould by introducing a fresh perspective on magic. Amidst being crowned Young Close-Up Magician of the Year, Troy mastered his craft at the young age of thirteen. Known to be one of the greatest illusionists and magicians, Troy creates fascinating illustrations.

“The dude has skills, I enjoyed his performance, years and years of work” - Phillip

Richard Jones is a two-time star of Britain’s Got Talent, after being named the first magician to win BGT and returning for Britain’s Got Talent: The Champions. Richard has combined the love of his country, his former military career and entertainment, in order to provide audiences of all ages with a unique experience.

"Richard was fantastic!!! His appearance, magic tricks and the way he got behind our values and messaging really made the staff awards so special. Please pass on our thanks" - The Futures Group

A leading musical influence, Fleur East is a singer-songwriter, rapper and radio presenter. After launching her solo career in 2012, Fleur has established her talent by collaborating with the likes of DJ Fresh, and Drumsound & Bassline. In 2014, Fleur came second place in the eleventh series of the X Factor and was the first contestant to reach number one on iTunes whilst in the competition with her cover of Uptown Funk.

Some of Fleur's Most Famous Songs Are:

A prime-time radio DJ, producer and presenter, Sam Hall is an influential woman in pop. Better known as Goldierocks, Sam has spent a decade living on the dancefloor, travelling to perform across the globe. Sam received acclaim for her radio show, The Selector, which reached over 4 million listeners in 39 countries. Known across the world, Goldierocks has an international impact.

"I just wanted to send a quick note to say a huge thanks for setting up Goldierocks for our party last month. She was absolutely fantastic and we loved working with her. We’ll definitely keep her in mind for any future events. Hope to work with you again in the future." - Adriana

Initially making a name for herself as the lead singer in indie rock band Theaudience , Sophie Ellis-Bextor is an incredible solo artist. Her debut album, Read My Lips, sold over 2 million copies upon release and had three out of four singles become top three hits in the UK. As a member of a famous band and as a successful solo singer, Sophie’s musical craft is evident.

“She is an absolutely incredible singer, who is both elegant and glamorous in equal amounts!” - Millie

Jake Quickenden is an all-around talent star. Gracing the X Factor stage on two occasions, Jake is versed in singing as well as acting and presenting. Both a solo artist and reality star, Jake has displayed his musical talent and acting skills on TV, and in his music videos and covers on YouTube.

“There is no denying Jake Quickenden’s talent, successfully auditioning for the X Factor twice is a feat in itself” – Marcus

Formed in 1995 in London, 911 are a staple in the UK music industry. Producing everlasting hits, 911 have had one gold-certified album, two silver-certified albums and ten UK top 10 singles, such as Bodyshakin’, The Journey and their cover of Just A Little Bit More.

More of 911’s Popular Hits Include:

Book an Act for Your Ball Today!

You can book the acts above to dazzle the stage at your leaver’s ball by contacting one of our reliable agents at Champions Music & Entertainment by emailing us at [email protected], filling on an online form or calling us on 0203 79 340 42 You can also book another one of our university entertainment acts for all your university events, including summer balls, freshers events and graduations.