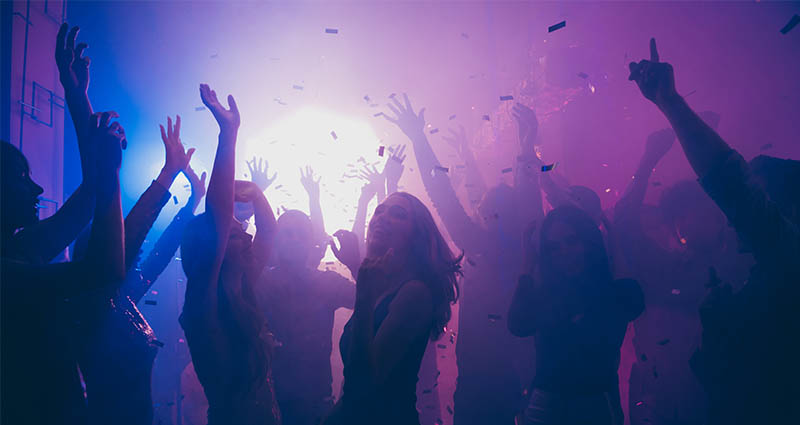 With the next University year fast approaching, now is the time to hire entertainment for Freshers Week!

From coffee house acoustic sets to large-scale nightclub events, there are several exciting options available to Freshers events organisers – discover our top pick of acts for your University entertainment, below.

Live DJ – A staple of any University night out, live DJs have a natural way with music - their masterful remixes incorporate many different genres.

Famous Band – A famous band will draw crowds in the thousands, guaranteeing that your Freshers Week event is a sell-out success.

Headline Singer – Straight from the UK Charts, headline singers have a set list of fan-favourite songs to perform on your stage.

Host or MC – To top off your Freshers event, hire an MC! These professional hosts will hold your audiences’ attention between acts.

Is your next big Freshers Week headliner in our list below?

Scouting for Girls have dominated the UK charts since their formation in 2005. The three-piece boyband earned Platinum certification for their popular debut album, ‘Scouting for Girls’, a testament to their immense popularity. The band’s longstanding success ensures their positive reception at your event.

Another unforgettable British rock band, The Feeling are in their third decade of success. The band’s ongoing popularity ensures that your University audience, no matter their year or age, will instantly recognise The Feeling’s songs. Hire this award-winning group and sell out this Freshers Week.

Platinum-Certified Disco Sensation & Host of ‘Songs from the Kitchen Disco’

Sophie Ellis-Bextor is considered The Duchess Of POP for her many disco hits. At Freshers Week events, she transports audiences back to the 2000s and 2010s, where such tracks as ‘Murder on the Dance Floor’ were nominated for several accolades, including BRIT and NME Awards.

Chesney Hawkes truly is ‘The One and Only’ headline Freshers Week entertainer you need! He found fame with the 1991 hit single, which debuted in the film ‘Buddy’s Song’, and starred in ‘Doc Hollywood’ and ‘Moon’. Your audience will instantly recognise this music icon from the very first guitar chord.

Armed with some of the biggest hits of your Freshers’ childhoods, S Club will generate excitement for your event. The group shot to fame in the 90s and 00s as S Club 7, before separating to become S Club, a sensational pop duo.

Celebrity Host of ‘How to Look Good Naked’ & Talented DJ

One of the most popular Freshers Week entertainment acts, celebrity DJs combine charisma and star-value with musical talent. Gok Wan is a celebrity presenter and host of ‘How to Look Good Naked’ on Channel 4, a popular fashion show – such mainstream fame guarantees the success of your Freshers DJ event.

BitterSweet DJs is another DJ act that is perfect for your Freshers Week event. Comprised of two talented presenters and models, Ashley James and Charlotte de Carle, the duo remix 90s dance floor hits with hip-hop and garage. BitterSweet DJs will bring the party to your Freshers event.

Professor Green has previously partnered with such establishments as Edge Hill University - a regular at University events! With over 3.5 million record sales to his name, Pro Green has earned a legion of loyal fans, including your Freshers Week audience.

Awarded The BRIT Award for British Female Solo Artist in 2020

Mabel is one of the most relevant and popular headline singers available to book for your Freshers Week event. She has several UK top-10 singles to her name, including ‘Don’t Call Me Up’ which was played across British radio stations for several weeks. Blow your audience away with this mastermind of music.

Freshers Week events are defined by bright lights and loud music, however, a laid back, acoustic set is sometimes enough to set the mood. Freya Ridings is the perfect singer/songwriter for such an event. Her setlist includes romantic ballads like ‘Lost Without You’, which is guaranteed to move audiences.

‘The Voice’ Semi-Finalist Nominated for an MTV Award

With her latest album in tow, Becky Hill is the perfect addition to Freshers Week events. She is a chart-topping singer, who has been taking the music industry by storm since 2012 when she reached the semi-finals on 'The Voice'. Becky went on to become the first former contestant to earn a #1 UK single!

Gareth Gates found fame on 'Pop Idol' in 2002, before becoming a musical theatre star and chart-topping singer. His hit tracks include ‘Spirit in the Sky’ and ‘Sunshine’, two of many outstanding songs in his live setlist. At Freshers Week events, Gareth will blow audiences away.

A regular on the V Festival, iTunes Festival and T4 on the Beach stages, Fleur East is a high-energy performer, ideal for your Freshers Week event. She initially debuted on ‘The X Factor’ in 2005 before returning as a solo singer in 2014, where she finished second and became the first contestant to reach #1 in the UK iTunes Store.

Few Freshers Week acts have their own catchphrase, but this singer does! So if you believe ‘It’s Chico Time’, contact a booking agent to secure Chico for your event. An ‘X Factor’ sensation, Chico will draw large crowds at your event, thanks to his setlist of disco hits straight from the 2000s.

Pixie Lott is the ultimate headline act for your Freshers Week event. She has several chart-topping singles to her name, including six consecutive Top 20 Hits, and starred in the stage show of ‘Breakfast at Tiffany’s’. At your University event, Pixie will captivate audiences from start to finish.

Contact Champions Music & Entertainment to enquire about booking university entertainment for Freshers week! Get in touch by calling 0203 793 4042, emailing [email protected] or via our online contact form.

> More posts by
Blog Back to the blog...
Related Posts
Exclusive Interview: Troy - 'The Prince Of Magic'
Why Hire Entertainment With a Booking Agency?
Top 20+ Entertainers to Add to Your Festival Lineup