Top 22 Tribute Artists and Bands in the World 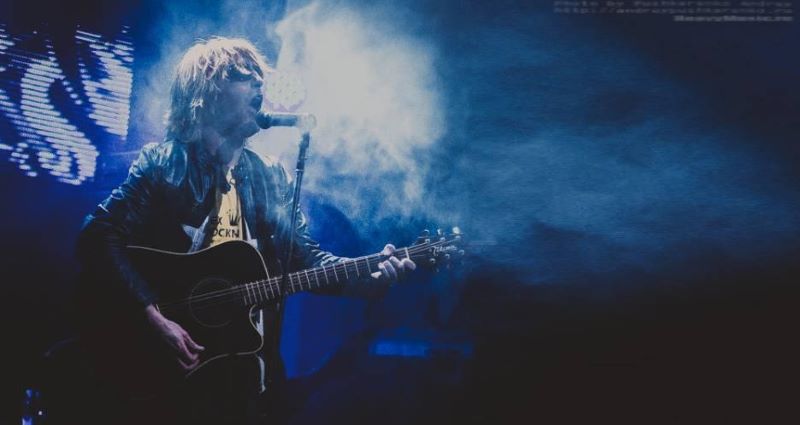 Who are The Top 22 Tribute Artists and Bands?

The ELO Experience will have your audience dancing and rocking along to the sound of harmonious string sections and the sight of stunning light shows . The talented seven-piece band pay homage to Jeff Lyne and The Electric Light Orchestra, providing fans with unforgettable hits like, ‘Evil Woman’, ‘Living Thing’, '10538 Overture’, ‘Don’t Bring Me Down’, and of course ‘Mr Blue Sky’.

“...It was magnificent, a dazzling reminder of the phenomenon that was (and still is) the Electric Light Orchestra, and in the words of Living Thing – like magic." - Simon, Gloucestershire Echo

Renowned for his Ed Sheeran tribute, Jack Shepherd completes an exceptional live solo performance of singing, rapping, and beatboxing with a custom looping station. Singing all the popular ballads and hits, Jack is a fan favourite having worked with the BBC, ITV and The Metro. With his authentic performance, you are guaranteed a realistic Ed Sheeran Experience.

"Ed Sheeran Experience was great and went down very well with the audience. Off stage, he was very friendly and approachable along with his tech guy. I’d be interested in booking him again" – Julia, Wellingborough Council

Belinda Davids’ staggering four-octave vocals and thrilling tones present a replica of Whitney Houston’s consummate vocal control. Her extraordinary talent has toured the world, performing in Australia, New Zealand, the US, South Africa, and the UK. Belinda will leave a resounding impact on all audiences, spreading the greatest love of all, soulful music.

"Belinda Davids sounds remarkably like Whitney Houston. If I had shut my eyes, I’d have been convinced that I was listening to the legend herself." - What’s On In Cape Town

David Largie’s smooth and velvety baritone offers a soulful 70s sound, ideal for celebrations and events. Possessing an infectious personality and cool style, David brings energy to the stage. Supported by an eight-18 piece live band, David performs as a tribute to Barry White, performing classic hits like ‘Can’t Get Enough of Your Love, Baby’ and ‘You’re the First, the Last, My Everything’.

"Wow, he had the audience in the palm of his hand, dance floor was packed, he read the audience very well, at one point he had 300 people on the dance floor following him doing the two step which was an incredible sight." - Vicky, Mortons Media

Embodying Lady Gaga since 2010, Victoria is a seasoned performer, committed to her act. After performing for the likes of MTV, Radio 1, Capital One and Madam Tussauds, Maybe Gaga is highly sought after for her stunning live vocals and captivating costumes. Presenting a performance like the real deal, Victoria sings all the best Gaga hits and fan favourites, from Edge of Glory to Paparazzi.

“A fabulous night as always, lovely to speak to afterwards, well worth my trip from Manchester. Can’t wait for the next show.” - Carolyn

As winners of the Best Little Mix Tribute Bands at the National Tribute Music Awards, Little Fix are as authentic as they come. With each member of the band professionally trained in musical theatre, they have the skill and talent to recreate Little Mix’s powerful vocals and fierce stage presence. As a popular choice for all ages, Little Fix are suitable for any event.

Ready to rock the stage is Craig Jefferson as Elvis Presley! With over 20 years of experience in his career, Craig is an award-winning performer who has perfected every move and mannerism. As a finalist in the European Ultimate Elvis Heats, Craig is as real as they come. His versatile solo act is a great fit for both corporate and private events, prepare to be dazzled!

"I cannot thank Craig enough for the wonderful performance. He is sparkling, entertaining, talented, and professional and he really made my mum’s 90th birthday party go with a fizz. I haven’t seen my mum light up so much in a long time. Thank you Craig and I look forward to being able to book you again soon." – Mary

Replicating the feel and sound of Nile Rodgers and Chic, Chic to Chic are one of the best tribute acts of American icons. Covering the famous hits ‘Dance, Dance, Dance’ and ‘We Are Family’, Chic to Chic brings the soul, funk and disco to any crowd. Available for festivals, parties and weddings, this band will captivate your audience .

“Fantastic band, I didn’t realise Nile Rodgers produces so many hits! We thoroughly enjoyed the tribute night a few weeks ago and were on the dance floor the whole time.” - Abby

Counterfeit Kylie will have your crowd spinning around with her exceptional vocals and flawless choreography. Victoria Cluskey is an uncanny Kylie Minogue lookalike and performer, capable of entertaining audiences of any size. Victoria has travelled the world to perform a fun-filled act, she is a popular choice for corporate events, parties, and festivals across the globe.

Endorsed by Gary Barlow himself, Rule The World are an iconic tribute band for Take That. With the original band considered one of the best to come out of the UK, Rule The World do them justice with their immaculate re-enactment of vocals and chemistry. The tribute band have performed across the globe singing Take That’s most-loved songs and giving each audience a remarkable show.

Bringing the full package of stunning lights, flawless vocals and breath-taking music, The Los Palmas 6 are the perfect act for parties, events and private functions. The live band are a tribute act for Madness, and consist of seven world-class musicians, placed together by Steve Turner, who played for Madness for eight years. As the closest thing to the original, The Los Palmas 6’s energetic sets and audience engagement is impressive.

Renowned for their seamless tribute to the 2000’s band Oasis, Oasiis replicate the legendary rock band with two vocalists, guitars, bass and drums. Perfect for any party entertainment, Oasiis will leave audiences questioning whether they have heard the real band live! As a popular entertainment act at festivals and corporate events too, Oasiis perform a set list of many songs, including ‘Live Forever’ ‘D'You Know What I Mean?’ and ‘Wonderwall’.

“Great night guys, you were incredible! Can’t wait to have you back” - Rhodehouse

Singing pop hits and jazz blues is Jeff Dingle as Bruno Mars. Perfecting his image, Jeff has the colourful outfits, infectious energy and incredible vocals spot on. Well known in the music industry since 2004, Jeff is an amazingly talented solo artist, skilled in performing all of the latest hits and the classic favourites too, such as ‘Lazy Song’ and ‘Millionaire’.

"Jim was unbelievable. Such a lovely person too. He absolutely smashed it! Everyone loved him even the people that hadn't come to see him ended up staying because he was so good. Nothing was too much trouble for him. I've been to see Bruno and can honestly say he's just as good, he needs his own tour. I would pay to see him at Theatre Royal Nottingham." - Hannah, Nottingham

Reviving the classic hits from Dire Straits is Dire Streets. Compromised of John on lead guitar and vocals, Tom on guitar and backing vocals, Dik on drums, Mark on keyboard, Eoin on bass and Steve on the saxophone or the flute, the group are a talented ensemble. As trained musicians, this tribute act is a popular choice of entertainers due to their polished performances.

“Really enjoyed the evening and will 100% be going to see them again.” - George

Enticing you with the psychedelic magic of Coldplay, Ultimate Coldplay are an unbeatable tribute act. As experts in audience engagement as well as smooth vocals, Ultimate Coldplay are undoubtedly the perfect performers available to book for all events. Their accurate recreation of Coldplay’s passion is key to their captivating shows. This band is one you will never forget, book them today for a spellbinding experience!

"The band were amazing, delivering every Coldplay hit perfectly. The singer is full of energy and clearly passionate about performing. Very professional set up with everyone committed to putting on a spectacular show." - Karen

Professionals in quality entertainment, Bon Giovi are the rock stars recreating the anthems of Bon Jovi. This tribute band ensure a bespoke experience for all audiences with their ranging talent. The five-piece band consists of the ruling sounds of the keyboard, bass, and impressive vocal range. As party starters, Bon Giovi are a hit for corporate events and parties, playing the best hits live.

The iconic Queen tribute band, Majesty have performed at a range of popular events around the world. After a successful show at the Kayl Town Festival in Luxembourg, the band are guaranteed to present the show of a lifetime to wide audiences as well as for private events. Majesty consists of seasoned musicians on the drums, bass guitars and lead singer Rob Lea, who has perfected the impeccable stage presence of Freddie Mercury.

Performing the greatest songs of The Eagles with reverence is Talon. As first-rate musicians, the group have achieved many awards, like winning the ‘Official UK No.1 (Eagles tribute show)’ at the ‘National Tribute Music Awards’. Talon are entertainers like no other, winning the hearts of any crowd whilst paying respect to the greatest rock legends.

“When it comes to recreating the legendary sounds, Talon are unequalled”. - Classic Hits Radio of the Eagles

To book one of these talented acts or any other of the gifted performers on our website, call 0203 7934 042 to speak with a member of our dedicated team, or email us at [email protected] and we will be happy to assist you.

> More posts by
Blog Back to the blog...
Related Posts
The Best Party Bands for Corporate Events in 2022
10 Critically-Acclaimed Tribute Acts Just Like The Real Thing
10 Performers Paying Tribute To Music Legends