Ricky Morgan is a celebrated British tribute act who specialises in impersonating some of the world’s greatest musicians. Elton John is one of his staples and a sure-fire success at any corporate function or private party.

The talented singer has had a close affinity with music from a young age and absorbed the performances of some of the world’s greatest artists to create his own unique style. His voice is second to none with a register that can shift between the high peaks of Elton John and the low troughs of Johnny Cash. Visually, Ricky pulls out all the stops to provide an authentic feel. Each costume is just as detailed, glamourous, and colourful as the real thing while his light show brings the Albert Hall to the smallest of private functions.

The choreography and stage work complete this experience to provide one of the best tribute acts for hire in the UK. As a one-man act, Ricky comes complete with a hi-tech PA system making him able to fulfil any venue requirements and audience.

This personal touch allows Ricky as Elton to engage with the audience and provide a memorable interaction that will have everyone engaged for hours. While Ricky is well-known for his Elton John tribute, he is a triple threat with convincing acts as Billy Joel and Johnny Cash to his name too. Carving out a successful career mimicking three famous artists is no small task and this marks him out as a true master of his craft and a must for corporate event hire, as well as private parties.

Emulating the great Sir Elton John MBE is no small task with the original artist a legend of the music industry. He has a litany of awards to his name including five Brit Awards, five Grammy Awards, a Tony Award, a Golden Globe Award, an Academy Award, and even the Kennedy Center Honors. Famous songs like ‘Candle in the Wind’, ‘Rocketman’, ‘Goodbye Yellow Brick Road’, and ‘Don’t Let the Sun Go Down on Me’ have graced arenas, celebrations and even royal events. A tribute in his honour is a massive undertaking and Ricky Morgan is more than up to the task.

Would you like to book Ricky Morgan as the Elton John tribute act for your event? Contact us today by emailing agents@championsukplc.com or by calling a member of the management team on 0207 078 78 76 today. 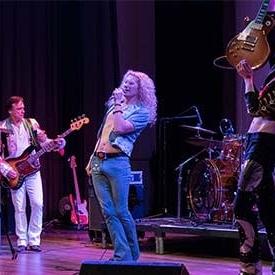 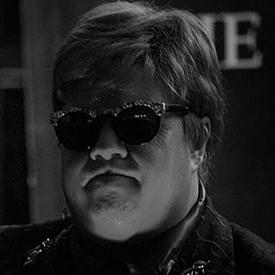 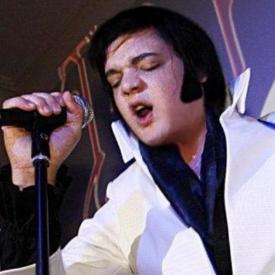 Joel is Elvis On Stage A Leading Tribute To The King