Riccardo is a world-class Elvis tribute and 2014 winner of the New Face of Elvis competition at the Porthcawl Elvis festival. From this Riccardo Vegas was born.

The silver tongue of Riccardo has been wowing crowds across Europe for a decade with his genuine talent and authenticity in impersonating Elvis. Featuring at the famous Porthcawl Elvis Festival and at many more prestigious occasions, he has honed his skill since to make himself well known in the field.

Riccardo slips into costumes that are identical to what Elvis wore and the way he styles his hair with the slick sideburns gives him a true likeness to the superstar from Tennessee.

Full of passion and energy, Riccardo’s confidence and special ability to connect with any crowd has made him a widely respected Elvis tribute artist and seen him perform his show all over the UK and in Europe. As well as working in theatre and on P&O cruise ships performing a mixture of Motown, soul and swing music he has also supported big artists such as James Taylor, The Artful Dodger and soul singer Alexander O’Neal.

The original artist, Elvis Presley or the King of Rock n’ Roll to give him his unofficial honorific, shook the world with his shaking legs in the fifties, sixties and seventies. His hits gained worldwide acclaim and scooped awards all the way through his dramatic career.

With a mash of rock n’ roll such as Jailhouse Rock and It’s Now or Never, trips through Hollywood, stopping at Heartbreak Hotel via Crying in the Chapel in his Gospel phase to Vegas criers such as Love me Tender and Suspicious Minds. Elvis roused generations with his cute genre blends and the mind-blowing intonation in his vocal range. No solo artist has come close to Elvis’s stardom since and tribute acts are left to piece together a version of the king that enlivens crowds in the same way as he did.

Thankfully Riccardo is one of the ones who can. With a majestic talent, he has been a professional singer for more than 25 years and performed solo concerts of his own, all over the UK and Europe. Each of Riccardo’s performances is tailored to suit the mood of the occasion and the makeup of the audience.

"What an evening! What a magnificent performer!" - Keith Rawson, President of Birstall Golf Club

If you would like to enquire about booking Riccardo Vegas as the Elvis Presley tribute act for your corporate event, function or wedding, simply contact us by emailing agents@championsukplc.com or by calling a booking agent directly on 0207 07 878 76. 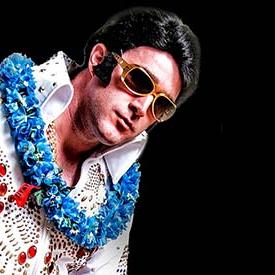 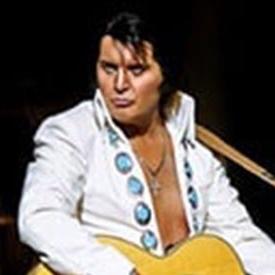 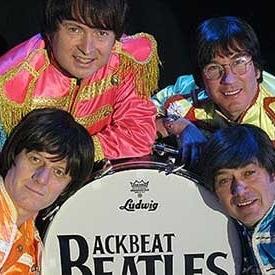