Donna is a triple threat with a natural singing voice and 12 years of professional experience.

The official Jessie J tribute act, Jessie Live, is the most popular tribute act currently touring the UK. Led by the multi-talented Donna Ramsdale, this tribute takes chart-topping hits like Do It Like a Dude, Price Tag, It’s My Party, and Bang Bang to the next level with a stage performance the original would be proud of. Perfect as private or corporate entertainment, this contemporary act is a hit with younger audiences.

Donna has travelled the globe with a host of continental tours to her name. Enthralling audiences from the United States, to the Middle East, the Caribbean, and Europe, this talented artist has been seen on the world’s biggest stages with lead vocal roles in theatre companies and aboard cruise liners.

Donna had her first taste of success in 2009 when she won the ‘Search for A Star’ competition. She followed this up with a famous win the following year in Idols 8. This national competition gripped the public and Donna’s performances were nothing short of sensational. Only a year later Donna made a dream come true performing on stage at the O2 Arena in London. She reached the grand final of the Open Mic UK competition-beating 8000 singers. 2012 saw her star fly even higher with appearances on MTV2 and E4.

This success has seen Donna and Jessie Live perform for a host of corporate clients. Ideal as corporate entertainment, she has wowed audiences for the likes of P&O Cruises, Lloyds Bank, Pontins, Butlins, G Casinos, Best Western Grand Hotels, Eden Court Theatre, and many others. Jessie Live is an energetic act with an infectious rhythm. Donna’s vocals and stage presence are supported by backing dancers, as well as professional lighting and stage work to bring an awe-inspiring experience.

Jessie Live is a bespoke musical performance with sets made to fit your demands. Donna has a full 60-minute set for public concerts and music festivals. Alternatively, Jessie Live is available as 2x 45-minute shows allowing for a break in between. This is ideal as wedding reception entertainment or as corporate entertainment allowing time for meals, speeches, and other rituals in between. This contemporary act is not to be missed with this tribute artist being held in high regard. Donna’s experience, awards, and star quality make her the perfect choice to emulate Jessie J and she is a must for any event.

"A wonderful performance and true insight into Jessie herself, Donna is at the top of her tribute game! " - Alan Warner

"The audience loved you, it was a great show."  - Butlins Skegness

"Just to say that we couldn't have been happier with the performance of Donna at our function yesterday. In one word, her performance was "sensational", she is a truly superb singer, worthy of a far wider audience." - Pete Daykin

To enquire about booking Jessie Live for your corporate event, private party or other function, simply contact Champions Music and Entertainment by emailing agents@championsukplc.com or by calling a booking agent directly on 0207 07 878 76. 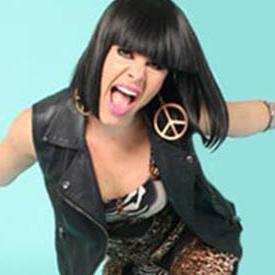 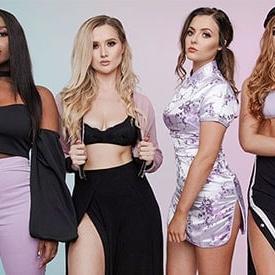 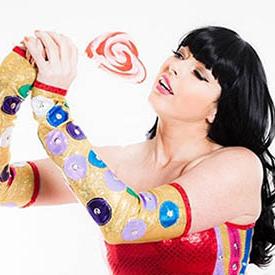