Michael Jackson’s music is a testament to the power of Pop. With over four decades of certified hits MJ took the world by storm and established himself as the only ‘King of Pop’. This makes Michael Jackson tribute acts the perfect choice when looking to entertain young and old at your next private or corporate event.

Darren Lee Hughes, like many others, has admired and respected Michael Jackson from a young age. Witnessing the Dangerous and History tours live, Darren knew music was where his future lay. Developing his own Michael Jackson tribute act, Darren has taken the tribute act scene by storm.

One of the major draws of both MJ and Darren is their innate dancing ability. Darren is dedicated to mirroring the original routines with years of practice and 100% heart given to every performance. The costumes and wigs are flourishes to this spectacle with incredible detail going into everything from hats and wigs right down to the famous white socks.

Darren has also mastered the musical aspects of Michael Jackson with attention paid to every change in register and tempo. This along with Darren’s high-quality backing track make this a live music performance to remember.

With such a well-polished act, Darren has seen much success and exposure. As corporate entertainment, he has impressed the likes of Sky One, Hilton Hotel, Channel 4, Get Reading, Leicester Curve Theatre, the Q Club, the Royal Albert Hall Nottingham, and many others. Darren has even been seen on major television with an appearance on The Only Way is Essex, impressing Joey Essex in the process.

Darren’s most humbling moment came when he was asked to perform a medley of Michael Jackson’s hits for the Jackson family. This is a standout in the tribute scene and puts Darren head and shoulders above the rest as a Michael Jackson tribute act.

The self-contained set is perfect for all venues, big and small, with a full PA system, professional lighting, special effects, costume changes, and even two backing dancers available on request. The show is bespoke as either a single 45-minute set or as two 30-minute sets. This act is truly not to be missed and a sure-fire hit at all private - or corporate events.

Book Darren Lee Hughes’ amazing Michael Jackson tribute act for any private event, television appearance, or corporate event via the Champions Music & Entertainment agency. Email us at agents@championsukplc.com or call a member of the management team on 0207 078 78 76. 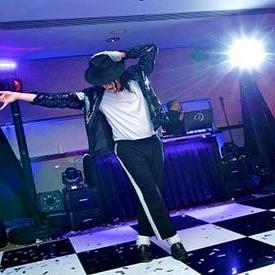 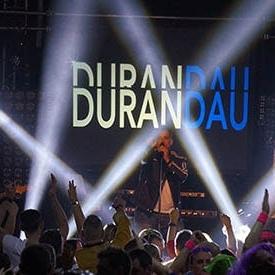