In the space of four short years, Queen tribute band Majesty have become one of the biggest acts of their kind in the country. Having risen from the ashes of a separate Queen tribute act that came off the road in 2011, Majesty have left a lasting mark on the tribute circuit both at home and abroad.

One of the most iconic rock bands of the last century, Queen remains one of the best-known musical acts of all time. Many of the band’s most famous songs, including We Will Rock You and We Are The Champions, remain culturally significant. Their widespread success saw them be inducted into the Rock and Roll Hall of Fame in 2001, as well as receiving numerous other awards.

Majesty is fronted by Rob Lea, who accurately portrays the stage-presence of Freddie Mercury. Throughout his performance, Rob is backed up by three seasoned musicians, enriching the band’s killer sound with drums, lead and bass guitars, as well as Queen’s classic layered vocals. Having carefully studied the performances of the original act, Majesty has been able to cement themselves as a leading tribute to Queen.

Since their formation, the band has very much hit the ground running. Having performed at a number of major events, including Mercedes Benz’ 125th-anniversary party in Germany and Kayl Town Festival in Luxembourg, the band has been well-received on the international stage. As a result of this success, the band has continued to rack up tour dates across the country.

Presenting their audience with a fully self-contained set, Majesty’s show sees the band make use of high-quality audio and lighting systems. The band has been known to employ their own personal sound and lighting engineer alongside their road crew. These elements help to further bring out the band’s powerful sound, treating audiences to a top-notch, professional production.

As a result of their success, Majesty were recently afforded the honour of becoming a featured artist for Warner Leisure Hotels. In addition, the band is also scheduled to make an appearance at a number of venues across the country, including Bodelwyddan Castle, Princess Theatre, Regent Theatre, Civic Theatre, Nidd Hall and Melksham Assembly Hall. Over the course of their colourful career, the band has performed for a number of notable corporate clients, including De Vere, Thomson, Butlins, Grosvenor Casinos, Holiday Inn and the Hippodrome Casino. The band is an ideal choice for both corporate entertainment and wedding entertainment alike.

“I saw the show last night in Great Yarmouth, it was brilliant. The guy who plays Freddy Mercury was absolutely fantastic. A lot of audience participation which was a great atmosphere." - Marilyn

"Majesty don't just simply look and sound like Queen, they capture the raw energy and magic in their performance. Simply amazing!" - Luxemburg Festival

“Very impressed! All the guys have great talent and strength in their field which they bring together. No weak areas. The guys have obviously studied their role models and adopted their mannerisms brilliantly. Will definitely see again and recommend to everyone. Keep Queen alive!” - Steve

“I had a great evening at the Britannia pier last night. The concert was amazing, would definitely go and see again. Freddie Mercury has an amazing, powerful voice.” - Lyn

If you would like to book Majesty for your corporate events, wedding or private occasion, contact Champions Music and Entertainment via agents@championsukplc.com. Alternatively, speak to a member of the management team directly on 0207 078 78 76. 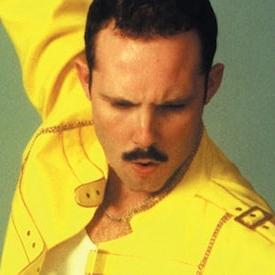 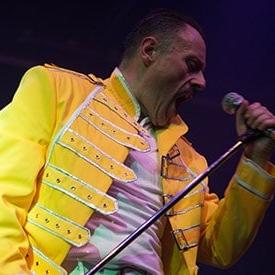 Monarchy One of the Finest Queen Tribute Bands 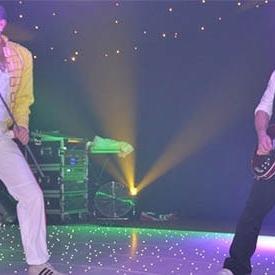