Incorporating a total of over ninety songs into their repertoire, the group’s passion and superb musicianship has seen them entertain crowds wherever they go.

As one of the leading Beatles tribute bands in the country, The Vox Beatles have enjoyed incredible success performing as the British rock group.

The Vox Beatles' popularity as a Beatles cover band has seen them perform at a vast number of venues and corporate events both within the country and abroad. This includes appearances at Lincoln Showground, Yately Festival, Concorde Two, Canon UK, Volksworld Festival and even the British Embassy in Kuwait. In addition, the band has also entertained audiences in a string of appearances for holiday parks and theatres. Last but not least, The Vox Beatles have received support from a number of well-known celebrities, including Ken Dodd, Shane Richie, Stephen Mulhern and Helen Shapiro.

Making use of replica instruments and a number of costume changes, The Vox Beatles successfully capture the look and sound of the original act. Their commitment to their performance ensures a high-quality and visually appealing show, transporting audiences back to the upbeat sound of the sixties.

Musically speaking, The Vox Beatles' mastery of the Beatles repertoire has seen them perform many of the original act’s best-loved songs. As such, they have been known to cover a long list of Beatles favourites, including Day Tripper, Come Together, Drive My Car, Eight Days A Week, I Feel Fine, I Want to Hold Your Hand, Norwegian Wood, Roll Over Beethoven, Ticket to Ride, While My Guitar Gently Weeps, Love Me Do and Taxman.

The original Beatles need no introduction. Widely known as the best-selling band of all time, The Beatles have become a cultural phenomenon across the globe. Having been propelled to international stardom during the early sixties, the group’s immeasurable popularity soon became known as ‘Beatlemania’. Producing a number of innovative albums over the course of their career, including Rubber Soul, Revolver, Sgt. Pepper’s Lonely Hearts Club Band and Abbey Road, The Beatles soon became one of the most influential musical acts of all time.

The Vox Beatles’ enthusiasm and unquestionable musical ability has helped to strengthen their reputation as a top Beatles tribute act. As such, the band is guaranteed to bring life to the party, no matter the event.

"You were all awesome - GEAR! Pete Jackson was outstanding in his bass playing and vocals. We saw Let It Be in the West End and you were all more than a match. FAB! See you next year or anytime at all!" - Mark Longhurst, TV Presenter

"It was real fun working with you celebrating Lennon's 75th birthday show." - Gail Renard, Author and friend of John and Yoko

"The Vox Beatles recently performed for us at Peterhouse May Ball - they kick-started the evening for us by performing on our Main Stage. With their wit, great costumes and amazing vocal resemblance to The Beatles they had everyone dancing away by the end of their 90 min performance. This raised the energy levels to get everyone through the rest of the night. We highly recommend them if you are a fan of The Beatles and are down for a night of dancing & singing!" - Eleanor Sheekey

"My wife booked The Vox Beatles for our wedding in October as a surprise for me (I'm a huge Beatles fan!!) and I ran out of superlatives to describe these guys. They are unbelievable - they created such a great buzz and they are so much like the real thing! Their mannerisms and voices are true to the real band, and the banter in between the songs was characteristic of the fab four. They performed for about 2 hours in total and even invited me and my wife up on stage for a rendition of Hey Jude! Very friendly and professional, would book them again in a heartbeat. Thank you so much guys for being amazing. All the best." - Sam Bell

If you would like to book The Vox Beatles for your event, contact the Champions Music and Entertainment agency via agents@championsukplc.com. Alternatively, speak to a member of the management team directly on 0207 078 78 76. 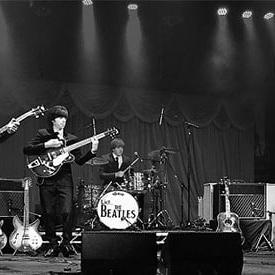 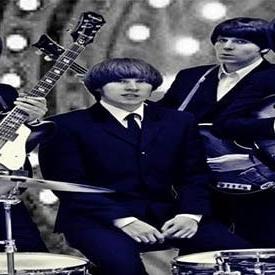 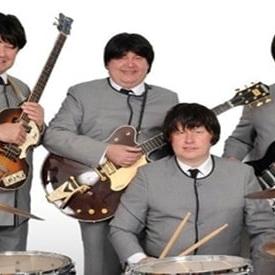