Ian Anthony has been wowing audiences worldwide as Tom Jones for close to two decades. His Tom Jones tribute has brought significant success and critical acclaim. He has played at sell out venues, drawing major crowds of up to a massive 43,000.

While Tom Jones may have cut back on his enthralling live shows, Ian Anthony is delivering his consistently world-class Tom Jones tribute to crowds, building a reputation as one of the greatest tribute acts around.

Ian has taken his act to prestigious clubs and hotels in Singapore and Dubai, to charity balls, celebrations, corporate entertainment and weddings throughout the country and beyond. He has performed for renowned corporate clients such as M&S and the Foresters Association.

He has topped the bill at Hilton Hotels, the Leeds Rhinos Stadium, the 2008 Rugby Union World Series in Cardiff, at Brighton Pier and many more - defining his legacy as an international entertainer and ultimate Tom Jones tribute act. Party guests, holiday-makers and delegates have all enjoyed Ian’s portrayal of the superstar singer.

With the stunning vocal range of Tom Jones, Ian dives in and out of songs as a master of the art. He cuts the charming and composed figure of the Welshman to bring his show to life. With a natural gift and ability to integrate himself with an audience to inspire singing and dancing, there is no doubt about Ian’s acumen as an all-round entertainer.

Tom Jones’ career has spanned close to fifty years and he has lent his incredible voice to fans all over the world, earning a place in their hearts and the charts. He has sold over 100 million records and taken several awards including Brit Awards and Grammys.

There is no doubting the original artists track record and popularity with music fans around the world. Widespread admiration for Tom Jones makes his songbook perfect for all manner of events and Ian is the best choice to bring that setlist to it.

Tom has also seen major success with Delilah, Green Green Grass of Home, Sex Bomb, It’s Not Unusual, Love Me Tonight and What’s New Pussycat, as well as with covers of Bob Dylan’s What Good Am I? and Prince’s Kiss.

As a Tom Jones tribute, Ian Anthony looks the part in the trademark black shirt and leather trousers and also acts like him with fantastic stage movements and mannerisms, reminiscent of the pop icon.

"The feedback on the ball has been fantastic and everyone thought you were superb. Having had a Welsh Choir in town the year before we thought it was going to be a hard act to follow. Not a bit! Mr Ian Anthony and his Tom Jones tribute act stepped up to the plate and gave us one of the best nights we have ever had. We can't thank you enough and I (or anyone who was there last Saturday for that matter), would be delighted to recommend you to anyone seeking feedback!"
Chris Jones - Saint David’s Association, Singapore branch

"Well what can I say but a HUGE thank you for making mum's party so memorable! She is still talking about you now! It was such a surprise for her and she enjoyed it so much! You tied in with my whole Vegas theme so well and your performance was brilliant and professional. We all enjoyed ourselves so much and wouldn't hesitate in spreading the word about the best Tom Jones tribute in Britain!"
Sarah Davies

"Thank you so much for entertaining me and my guests at my wedding. Everyone thoroughly enjoyed your act and loved the fact that we had kept your appearance such a surprise. You kept everyone spellbound and even those few who weren't up on the dance-floor really enjoyed listening to you. It was the highlight of the day for me and my husband, you have a fantastic voice and sound just like the real thing! We appreciated the highly professional and friendly way you dealt with our initial enquiries right through to the day and will recommend you to everyone. Your Tom Jones tribute show set our wedding out from all other weddings and we and our guests will always remember that you were there and how much fun we all had. All the best for the future, Ian, and thanks once again for an absolutely brilliant and memorable performance."
Sara and Stefan

Book Ian Anthony as the Tom Jones tribute act for your corporate events or wedding entertainment, simply contact the Champions Music and Entertainment agency via agents@championsukplc.com or speak to a member of the management team directly on 0207 078 78 76. 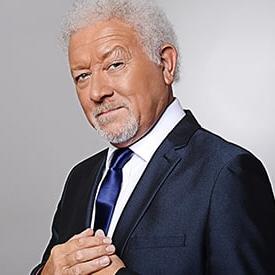 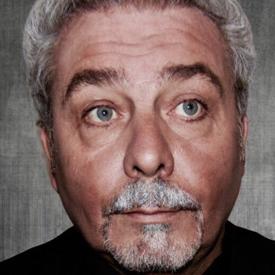 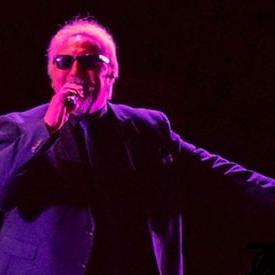