Amy released her debut album, This is the Life in 2007, the album consisted of two hit singles, Mr Rock & Roll and This is the Life which reached number one in six countries and the top ten in another eleven countries. The album was a huge success selling three million copies worldwide and reaching number one in the United Kingdom, Denmark, the Netherlands and Switzerland.

Amy went on to release a further two albums, A curious Thing  in 2010 and Life in a Beautiful Light in 2012 which produced a couple of hit singles. More recently in 2017 Amy released her fourth studio album Under Stars which was a huge success entering the UK Album Charts at number two and peaked within the top ten of the album charts in New Zealand and Germany. In 2010 Amy appeared on Ray Davies album See My Friends to which she sang with him on a cover of The Kinks' 60s hit Dead End Street.

Amy went on to win a further two awards in 2010 and 2011 again at the Tartan Clef Awards and Swiss Music Awards this was for Best Album and Best International Album Rock/Pop. Amy performed at the 46th Sopot International Song Festival in Poland where she was awarded a special prize by the Radio RMF FM. On the side of music Amy was shortlisted for the Scottish Fashion Awards in the category Scottish Fashion Icon 2013 the following year she was shortlisted again but instead won the award.

An extremely talented artist and musician, Amy makes for an excellent performer at a wide variety of events whether that be a corporate function, wedding or party event.

If you need any advice or guidance, or if you have a question about Amy Mcdonald or any of the music or entertainment acts on our website, don’t hesitate to give us a call on 0203 793 40 42 or send us a message via our online form. 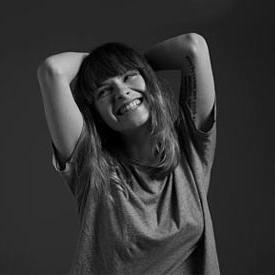