Superstar of Westlife until 2004 and Boyzlife since 2016, Brian McFadden is an exciting musical addition to largescale and corporate events. With his celebrity status, he is guaranteed to captivate audiences, ensuring that your event is an undeniable success. Brian is available for entertainment performances, hosting, celebrity appearances and more!

Since soaring to fame as part of the Irish boy band, Westlife, Brian McFadden has enjoyed a long and successful career in music. As both a solo singer with Westlife and in the popular duo Boyzlife with Keith Duffy, he has produced several chart-topping classics, which he now performs at corporate and public events. An entertainer like Brian leaves audiences star-struck, as his international fame ensures that your event is an unforgettable experience.

In 1998, Brian joined the globally successful boy band, Westlife. The group produced four number one albums and a top-selling greatest hits album, along with 17 top-five singles, including the iconic 'Uptown Girl'. After leaving the group in 2004, Brian released 'Real to Me', his first solo track which reached number one in the UK Charts.

Throughout the late 2000s and early 2010s, Brian released music that topped the charts across the globe, finding success from Ireland to Australia. His recent ventures include touring with Ronan Keating in 2013 and joining forces with Keith Duffy to create Boyzlife, the highly successful partnership between two music legends. At events, Brian’s vast setlist makes him a popular musician whose songs include classic hits and recent releases.

Brian’s popularity extends beyond music, as his many presenting roles have generated a loyal fanbase. Starting as a co-host of Football Superstar in 2008, Australian Idol in 2009 and Australia’s Got Talent in 2010, he later competed in several reality shows, including Stepping Out, The Jump and Dancing on Ice. Famed for his engaging personality, Brian hosted Who’s Doing the Dishes? and Stand By Your Man. Such experiences make him the ideal event host or celebrity guest, as his natural onstage confidence and relevancy captivate audiences from start to finish.

ARIA Music Awards nominee, Brian McFadden, is a booking opportunity not to be missed. Whether he is hired to perform or as an event host, your guests will be utterly enthralled by his celebrity status and stage presence. Brian is the perfect addition to large scale public events and corporate galas, due to his extensive experience performing at such venues as the Wembley Arena.

Contact Champions Music & Entertainment to enquire about Brian McFadden today. Get in touch by calling us on 0203 793 4042 or by emailing [email protected] now. 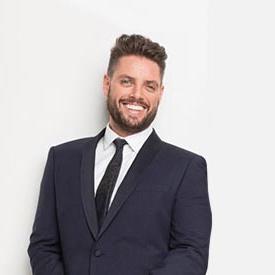 Keith Duffy Former Boyzone Member Who Is Now ½ Of Boyzlife 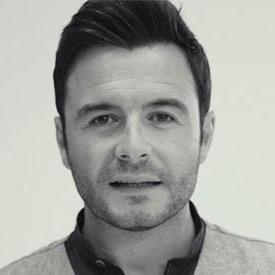