Releasing his first album in 1993 David Gray is an English singer-songwriter who has had a hugely successful album and multiple chart topping singles. He achieved particular success with his album White Ladder, which spent a total of 151 weeks in the Charts.

David became an international artist following the release of White Ladder which became one of the best selling albums, created multiple chart topping singles and even made the top 20 US charts. An extremely popular song on the album was Babylon which generated huge success for him and even resulted in four BRIT Award nominations.

Following the release of White Ladder it rocketed to number one for six weeks and sold 100,000 copies in Ireland alone becoming the biggest-selling album ever in that country. Babylon remains his biggest hit single to date and on the release it peaked at number five in the UK Singles Chart and it also became the first of three US Chart entries for David to date. David dominated the music industry with his album even two years and five months after its original release his album was at number one meaning it spent a total of 151 weeks on the Charts. His talent for writing and singing became very clear as every single on the album, aside Please Forgive Me, charted within the Top 20.

David once again went straight to number one with his follow up release of A New Day At midnight in November 2002. This was an iconic moment as he famously beat Gareth Gates debut album What My Heart Wants to Say to the summit. David's album achieved platinum status within a year selling nearly 150,000 copies in its first week of release. It ended up being four times platinum overall. Behind Will Young's debut album, David's became the second biggest selling album by a UK artist in 2002.

David's award-winning single Babylon won him the Best Single at the 2000 Q Awards he then went on to achieve two Ivor Novello Awards in 2001 and 2003 for Best Song Musically & Lyrically, this was for singles Babylon and also The Other Side. He was also awarded Best International Album & Best International Songwriter for White Ladder at the 2001 Meteor Music Awards.

David has been named the man responsible for creating a new wave of singer-songwriters in an acoustic boom, paving the way for many artists to come such as Ed Sheeran and Adele. Revolutionising his genre David is a man that never gave up on his dream and this passion shines through his vocals in every performance he executes making him a truly one of a kind artist with a stunning voice.

If you would like to book David Gray as the vocalist for your corporate event, private party or other function, simply contact Champions Music and Entertainment by emailing [email protected] or by calling a booking agent directly on 0203 79 340 42. 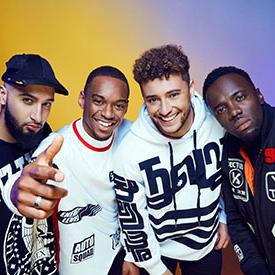