Delivering musical performances that span several musical genres, Enzo's exhilarating act is an exciting addition to events of all shapes and sizes.

One of the most versatile performers in the country today, Enzo is a multi-talented musician. Performing an incredible variety of musical styles - including rock, blues, country and Irish folk music - Enzo’s performances have been a hit with music enthusiasts everywhere. Equally adept at performing his own original material, Enzo’s unrelenting passion for his craft has seen him delight audiences across the United Kingdom. Enzo’s original musical material sees him explore a distinctive sound of his own.

Songs like Crying Nights, Only You, We Just Don’t Know and Ecuadorian Lady see him explore various shades of the rock music spectrum. Finding popularity with the listening audience, Enzo has impressed crowds at a variety of venues across the country, including Wakefield’s The Snooty Fox and Leeds’ The New Roscoe. Having developed his performances over the course of several years, Enzo’s passion for his craft has seen him establish himself as a popular name among solo artists.

At the same time, his musical versatility has also seen him play alongside a full live band, delivering a sound that is incredibly rich in its magnitude. Whatever the setting, Enzo’s musical virtuosity is a constant throughout, making him an ideal choice for corporate events, wedding entertainment, private occasions and every other type of event entertainment. Apart from performing his own material, Enzo has also found considerable success as a tribute act.

Having found popularity with his musical tribute to Bruce Springsteen, Enzo went on to develop a Bryan Adams-themed act. Combining his incredible voice with his unrivalled understanding of the rock music repertoire, Enzo hasn’t looked back since. As part of his tribute performances, Enzo has been known to feature an impressive 6-metre wall projection and a full lighting show, helping to immerse the crowd fully into his live music spectacle.

Demonstrating unbridled energy and a powerful, raspy singing voice, Enzo’s tribute shows portray a musical ability worth of the original acts. For those looking to electrify the audience at their next event, Enzo is undoubtedly the perfect booking. Whether you favour the sounds of rock, blues, country, folk or anything in between, Enzo’s extensive musical arsenal is sure to impress. As a result, he is set to continue his rewarding career at the forefront of the British entertainment world.

Contact Champions Music & Entertainment to enquire about hiring Enzo today. Get in touch by calling us on 0203 7934 042 or by emailing [email protected] now. 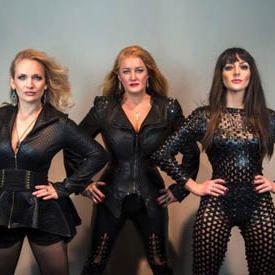 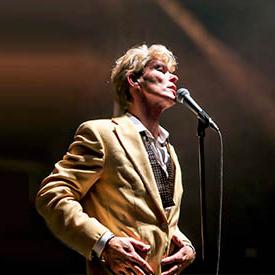 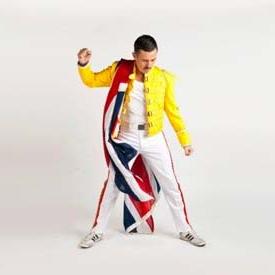