Justin Wilkes is a leading radio DJ, famed for presenting Kisstory- the UK’s biggest digital-only radio show. Reaching over 1.3 million listeners weekly, Justin has also presented a variety of dance and chillout shows for Kiss FM UK. An esteemed DJ, Justin also holds several DJ residencies, such as summer residencies at O Beach in Ibiza and Sisu in Marbella. Having also made regular appearances at venues such as Café Del Mar and Café Mambo in Ibiza, Justin is a fantastic choice as a famous DJ to headline a variety of events and venues.

Justin Wilkes is a famed radio DJ, best known for presenting Kisstory- the UK’s biggest digital-only radio. A regular voice across radio, Justin has also worked for the likes of Kiss FM UK and Tomorrowland One World Radio. A respected DJ, Justin also holds DJ residencies at some of the biggest nightclubs, including the renowned London club night Kisstory. Now available to hire as a famous DJ, Justin is the perfect addition to festival line-ups and is guaranteed to be a hit with audiences and guests of all ages.

With over a million listeners tuning into his DJ remixes on the radio, Justin has established a strong following of electronic dance music enthusiasts. Presenting on Kisstory, Justin has a specialist Old School Mix show on Saturdays at 9 pm and plays his remixes to over 1.3 million listeners. He also presents the acclaimed Rehab Saturday and Sunday show on Kiss FM and presents Daybreak Sessions- Tomorrowland One World Radio flagship radio show.

Boasting an impressive catalogue of dance and chill-out music remixes, Justin has headlined iconic clubs such as Ministry of Sound, Gatecrasher, Ocean Beach, Miss Moneypenny’s and Sundissential. He has also performed for celebrities at the Monaco Grand Prix and became the first DJ to perform a set atop the tunnel at a Premier League match. He holds DJ residencies at O Beach Ibiza and Sisu Marbella, as well as making regular appearances at Café Del Mar and Café Mambo in the party central of Ibiza.

Justin is also a respected producer, with many of his tracks signed to prestige music labels Spinnin and Island. Pre-pandemic, Justin was set to perform his debut set at the Tomorrowland Winter music festival- Europe’s biggest winter music festival. With many high-profile DJ gigs under his belt, Justin is available to hire for a plethora of corporate and private events, as well as making a perfect addition to festival line-ups across the globe. Whether he be playing laid back chill-out tracks or upbeat dance songs, Justin has something in his DJ repertoire to suit all audiences. Boasting a full catalogue of dance and chill-out music, book Justin Wilkes today for an unforgettable DJ set. 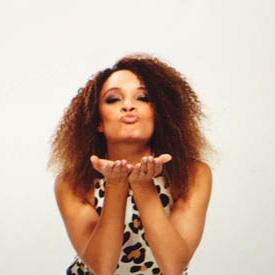