Kristian Nairn is a respected music producer, actor and celebrity Tech House/Tech Trance DJ renowned throughout the world for his appearances as Hodor on Game of Thrones, as well as impressive efforts behind the decks.

Kristian Nairn is a famous DJ, actor and musician who has set the world alight with his stellar sets. Kristian Nairn has another claim to fame as the popular character Hodor in HBO’s Game of Thrones. The gentle giant has since expanded his portfolio into music - performing tech house and tech trance music across the world - winning hearts in the process. Kristian is a prolific Northern Irish talent who has wowed on stage and screen. He is most familiar as the character Hodor in Game of Thrones, a giant man capable of only saying his own name.

Despite this limitation, Kristian has managed to imbue emotion, camaraderie and respect for the character and endeared himself to fans of the series across the world. After his stint on the award-winning series Kristian has turned to his passion project, music. Considered a master of progressive house music Kristian has a rich history with music. He has performed with the likes of Mylo, Calvin Harris, Alphabeat and the Scissor Sisters. What’s more, he has played in famous bands such as AJ Suzuki and Dublin’s Daddy’s Little Princess.

While Kristian has dabbled with various art forms, behind the vinyl is where he has found his sweet spot. He has been the resident DJ at the legendary Kremlin in Belfast for 11 years. This landmark of the cityscape has become a hotspot for clubbers and is one of Ireland’s most enduring and popular venues. Kristian’s work has also been featured in the set lists of house music maestros the Freemasons and Grant Nelson. Kristian is a master of all forms of music and can often be found combining live instrumentation with a DJ set.

Kristian’s books are constantly filling up with the in-demand producer and DJ filling dancefloors at Omnia in San Diego, Pacha Macau in Macau, and Ushuaia in Ibiza. He is also a headliner at music festivals across the land and has already been booked to perform at the Elbenwald Festival in Germany and the world-famous Tomorrowland in Belgium. Kristian Nairn is a musical talent who has mastered everything from the decks to live instruments. His name in the headline is sure to draw crowds and turn your event into an unforgettable experience.

Contact Champions Music & Entertainment to enquire about hiring Kristian Nairn today. Get in touch by calling us on 0203 7934 042 or by emailing [email protected] now. 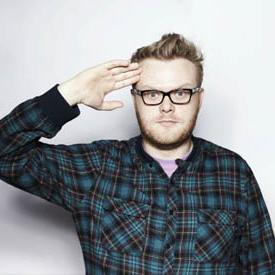 Huw Stephens One Of The Most Recognisable Voices In UK Broadcasting