Maggie Moone is one of the most celebrated resident solo artists from TV show Name That Tune. She shot to fame with regular appearances on the popular show and others including Morecambe and Wise and remains one of the most exciting live performers in the UK.

Maggie Moone is a UK singer and entertainer who has achieved many heady heights in her career as a solo artist, appearing on stage, television and radio for a whole range of entertainment shows. She was regarded as a national treasure during the 80s and her legacy lives on today.

As an entertainer, Maggie first got her break when she won the television talent show New Faces and she went on to become a household name as the singer on the Name That Tune programme, which at its peak was watched by nearly 17 million viewers. Maggie then came joint first on A Song For Europe, the contest that selected the song for the British entry for the Eurovision Song Contest.

She supported international singer Johnny Mathis and pianist Peter Nero on tour, appeared in various pantomimes and became a regular entertainer on cruise ships. Being nominated alongside Madonna, Wham! and Cliff Richard by the British public as the UK‘s Most Popular Singer in the 1986 TV Times' Annual Television Awards was one of her career highlights.

She also recorded her own television special for Grampian Television entitled Maggie. As a solo artist, she has also toured with the musicals The Magic of Bacharach and Musical Magic, recorded the albums Dear Anyone, I Wanna Be Loved By You and The Thrill Of Love, and has put together a solo album of songs sung in Spanish (Maggie can also sing in Italian and Greek).

Finally, Maggie is known for her contributions to the World War II music tribute album As Time Goes By. Among the television personalities that Maggie Moon has appeared as a solo artist with, are Morecambe & Wise, Mike Yarwood, Des O’Connor, Russ Abbot and Max Boyce. She has appeared on such television programmes as Give Us A Clue, Blankety Blank, Live From The Palladium and Live From The Piccadilly.

Maggie will take you back on a journey through her illustrious forty years in showbiz, scintillating audiences with the songs that made her a star. She is perfect as your singer for hire at your wedding, corporate or anniversary entertainment.

To book Maggie Moone as one of the famous British singers for your corporate entertainment, simply contact the Champions Music and Entertainment agency via [email protected] or speak to a member of the management team on 0203 793 40 42. 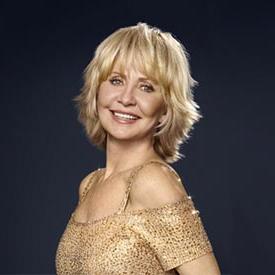 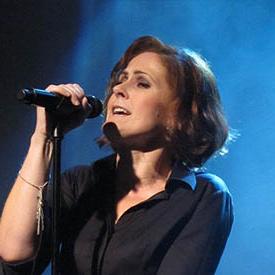 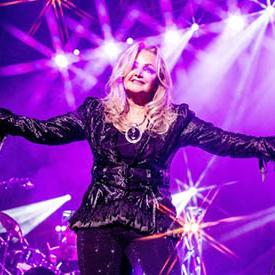