Relying on his musical talents and his natural feel for comedy, Paul Hand has become one of the best-loved comedy musicians in the country today.

A legend amongst Manchester singers, Paul Hand is a vastly talented British solo-artist and comedy singer. Combining his incredible musical abilities with his comedic talents, Paul has achieved vast success in the world of comedy music. Paul began his musical career at a young age, picking up the guitar when he was still at school. Carefully developing his performance skills, he soon went on to study Performing Arts at the University of Salford. Cutting his teeth on the comedy circuit, Paul began to perform at comedy events in and around his beloved Manchester. Furthermore, he also started to build up an impressive portfolio, performing in numerous musicals along the way.

Continuing to build upon his success, it wasn’t long before Paul became a leading name among singing comedians. His comedic alter ego, Guitarthur, saw him perform for several major radio stations, including XFM, Capital and Galaxy Radio. Quickly rising through the ranks, he would go on to perform alongside some of the greatest British comedians, including John Bishop, Rhod Gilbert, Alan Carr and Jason Manford. As a testament to his success, Paul has featured at several high-profile events. He has performed for football clubs such as Bolton Wanderers and Manchester City, as well as being a regular performer at the Manchester Christmas and Spring Markets.

Furthermore, Paul was also the entertainer of choice at a special EA Sports event, performing for numerous pop stars and football legends. As a crowning achievement, Paul’s version of Blue Moon regularly rings out at Manchester City games at the Etihad Stadium. Over the course of his career, Paul has become a prolific musician. One of his most notable releases includes his Acoustic Sessions 1, which features powerful renditions of songs by The Smiths, Ariana Grande, The Courteneers and Oasis. As a result, Paul has been able to develop a professional and entertaining show for all types of audiences. Paul’s breathtaking talent has seen him become a popular booking for a wide range of events. Taking his wonderful act across the country, he has performed for music venues, weddings and corporate events alike. Displaying an enviable talent as a musician and comedy performer, Paul’s future as an entertainer looks to be very bright indeed.

"On behalf of all at Mansfield Hockey Club we would like to express our thanks to you for an amazing night’s entertainment at our charity fund raiser. We all had an absolute ball and I couldn't recommend a more talented, genuine performer. There was live music for all to enjoy and the disco at the end of night got everyone up and dancing. We have had some excellent feedback regarding your performance and you were a pleasure to deal with, understanding all our needs and requirements during the evening. Thanks again!" - Joe, Mansfield Hockey Club

"Everything about Paul has been absolutely perfect. I contacted him months in advance to discuss a set list and he was very accommodating of everything we wanted. I later contacted him closer to the time to inform him of our order of the night to which he recommended some changes to enhance the evening and he was absolutely correct! When meeting Paul at our wedding it was clear straight away that he was a genuinely nice guy and put us at ease that the night would go as we planned. From the very first song Paul had the crowd up and dancing. Everyone commented all night about how good a voice he has and how great and entertaining he was. We cant thank him enough for making our night absolutely perfect! It would be now hard to imagine what it would have been without him. Without a doubt we would hire Paul again in the future and highly recommend anybody else to. 10/10." - John, Private Booking

Contact Champions Music & Entertainment to enquire about hiring Paul Hand today. Get in touch by calling us on 0203 793 4042 or by emailing [email protected] now. 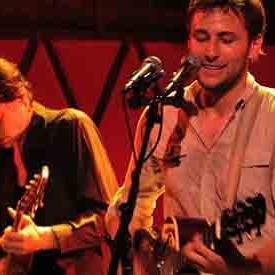