The Worker Bee Brass Band are Manchester’s most exciting brass band, perfect to hire for weddings, events and functions. Formed of five session musicians, this band reinvents the classic brass band sound and propels brass into the modern music scene. With heavy drum beats and bass lines, the addition of roaring horns makes for a grooving music fusion. When looking for a talented and current brass band to perform at your next event, book the Worker Bee Brass Band today!

Reinventing the brass sound with roaring horns, bass lines and heavy drum beats, this talented brass band have taken to the stage at the iconic Glastonbury Festival, WOMAD Festival, BBC Proms, V Festival and Ronnie Scotts Jazz Club. Specialising in full stage shows, the Worker Bee Brass Band can also play acoustically or as a marching band. This talented band can also often be heard on the TV and radio, as well as performing with stars such as Embrace and Paul Heaton.

Back to 'Brass Bands' 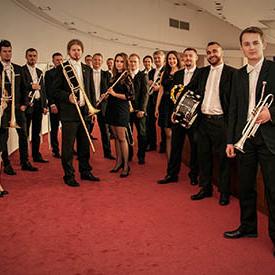 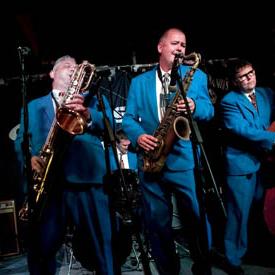 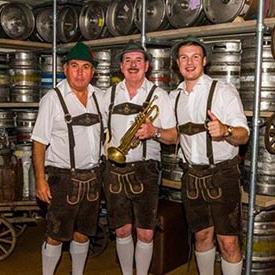