One of the freshest and most current musical duos in the house music scene the pair play  worldwide and hold numerous prestigious residencies in Ibiza. From Ibiza Rock to an array of A-list clients and exclusive events the duo's popularity is growing, and fast!

The duo have become one of the hottest and most sought after stars on the circuit generating a huge following in Ibiza and totalling over fifty million streams on social media for their one of a kind saxophone and DJ combination.

Lovely Laura has expertly mastered the connection between the saxophone and soulful house music to infuse her saxophone into live performance and DJ sets which has seen her named one of the most recognisable figures in house music.

The other half of the duo Ben is one of the most prolific DJs in Ibiza playing for the biggest brands and holding an enviable number of residencies including Amnesia, Ministry of Sound, Cream and Café Mambo. Other brands he has worked for include Café del Mar, Es Vive, Hed Kandi, Manumission, Pacha, Space, Ibiza Rocks and Ushuaia Beach Club Ibiza.

Mixing live sax with Ibiza house anthems to create legendary music the duo have been together for ten years and perform at venues and festivals worldwide including Creamfields and Tomorrowland. The last two summers has seen the duo transform the Ibiza Rocks stage with their infectious good vibes and unique sound.

From performing to a sell out Creamfield events to the exclusive Hard Rock Hotel and also at Melon Bomb which is a party Ben created with Fellow resident DJ the duo's popularity sky high. When their not dominating the clubbing scene Ben is the Musical Director for Berlin Fashion Week which impressively sees him and Laura play at fashion shows and private soirées for Dolce & Gabbana throughout Europe and Asia. The duo play for all over the world for exclusive events and A-list clients.

Their popularity and sound quickly growing not only in Ibiza but worldwide bringing a whole new perspective to house music and meeting the demands of the fresh and current music scene. Book the insanely popular duo today with Champions Music and Entertainment.

If you need any advice or guidance, or if you have a question about Lovely Laura and Ben Santiago or any of the music or entertainment acts on our website, don’t hesitate to give a member of the management team a call on 0207 078 78 76 or send us a message via agents@championsukplc.com. 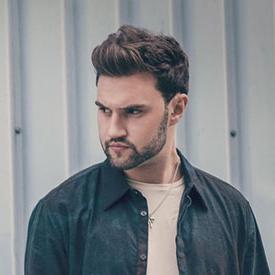