Having begun his comedy career back in the 1980s, Gary Marshall has been delighting crowds for decades. Relying on his hilarious observations and his passion for sports, Gary’s sporting interests have helped him create a truly original comedy act.

A unique act amongst British comics, Gary Marshall has been performing stand-up comedy for over three decades. Presenting a comedy show with a difference, Gary’s vast knowledge of sports has seen him draw upon his sporting interests to create one of the most original comedy routines in the country today. As a result of his hard work, Gary has performed at some of the most notable sports functions in the United Kingdom.

Gary was introduced to the world of comedy at a very young age. His father, Jimmy Marshall, appeared on Granada TV’s show The Comedians. It wasn’t long before Gary tried his own hand at stand-up comedy, achieving widespread popularity in the process. Having toured alongside several other comedy acts, Gary achieved a breakthrough when he featured on Bob Says Opportunity Knocks, a well-known talent show that aired during the 1980s. Following his appearance on the talent show, it wasn’t long before Gary began to feature in a number of other television shows, including The Comedians, Stand and Deliver and The Big Big Talent Show. His lovable personality and hilarious comedic abilities soon acquired him a loyal following among discerning comedy fans.

Gary’s passion for the world of sports has seen him enjoy particular success performing for notable sporting clients. With a particular interest in football and golf, Gary’s interest in sport forms the inspiration for much of his funniest comedy material. Bringing the best of both worlds together, he has appeared as a headline comedy act at the PGA Tour Luncheon, Manchester City Stadium and the Millenium Stadium. In recognition of his success, Gary has appeared alongside a dizzying array of sports personalities, including Sir Bobby Charlton, Gareth Edwards, Roger Black, Ray Parlour, Phil Thompson, Alan Shearer, Frank Bruno and Bill Beaumont.

Relying on his unquestionable ability to captivate his audience, Gary’s dedication to his comedy is second to none. His wonderfully unique approach to his subject matter and his charismatic personality have helped him become a leading performer among comedy acts. As a result, Gary continues to enjoy popularity as an ideal booking for corporate events and a wide variety of other occasions.

"Gary Marshall - What a find!! Gary was just magnificent. Again, he interacted well with our guests and his humour and delivery ranked with some of the best ever heard. How good to have such an outstanding entertainer." - Adrian Bailey, NIG

If you would like to book Gary Marshall as the event entertainment for your next event, contact the Champions Music and Entertainment agency via agents@championsukplc.com. Alternatively, speak to a member of the management team directly on 0207 078 78 76. 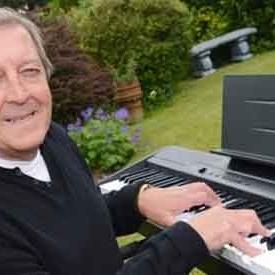 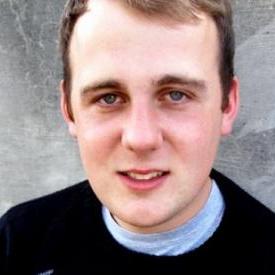