Best known for her distinctive, bouncy, feel-good comedy, comedian Lucy Porter is also an established writer and actress. Performing not only up and down the country but also internationally in Hong Kong, Manila, Paris, Switzerland, Bangkok and Macau.

Lucy is a high in-demand comedian that was invited to entertain in Miami for NBC’s Last Comic Standing and Las Vegas Comedy Festival. Lucy regularly performs at home festivals such as Kilkenny Festival and Latitude.

In 2004 she returned to her tenth solo show at The Edinburgh Fringe, her show was entitled Me Time. While carrying on with comedy she also expanded her career into play-writing and developed a witty yet thought-provoking play called The Fair Intellectual Club. The play explores life as an intelligent women in 1717 Edinburgh and was that successful that BBC Radio 4 commissioned a six part drama series based on it.

Lucy has become a recognisable face across the radio and TV, especially on quiz shows, from providing pointless answers on the celeb special of BBC1’s Pointless to winning Celebrity Mastermind Champion for Children In Need Special. Lucy’s record breaking performance on Celebrity Mastermind Champion saw her achieve the highest ever celebrity score.

Lucy’s amazing presence and witty personality has seen her appear as a guest on numerous popular shows from IQ, Argumental and Mock the Week to Have I Got News For You, Clive Anderson’s Chat Room and Mind the Buzzcocks. A frequent guest and recognisable voice on Radio 4 appearing on the likes of The Personality Test, Dilemma, An Idiot’s Guide and The News Quiz.

From lead writing on ITV1’s prime-time Sunday night series Headcases to working alongside Fay Rusling and Oriane Messina on a feature script for Brit film company Warp X. Lucy remains one of the most sought after comedy writers in Britain and even contributes towards various publications including Cook Vegetarian Magazine, City AM and Mother & Baby.

Lucy’s clear comedic talent makes her a top choice for entertainment at various events, she leaves audiences in hysterics and always wanting more and can bring a truly unique experience to your engagement. She also makes for an excellent event host with her upbeat and contagious personality and her presence is one that immediately uplifts a room.

"Quite simply Lucy was fantastic, extremely well received by delegates and hit exactly the right balance of education material vs life material. Please pass on my sincere thanks, especially for getting stuck in and speaking to people in the room about her ideas." - Conferences Manager, Optimus Education Limited

To book Lucy Porter or if you have a question about any of the music or entertainment acts on our website, don’t hesitate to give a member of the management team a call on 0207 078 78 76 or send us a message via agents@championsukplc.com. 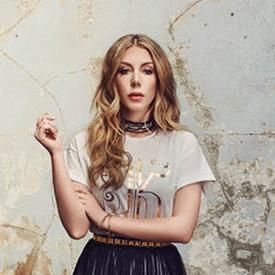