Talented vocalist in her own right, Paula Sully is one of the UK's best Paloma Faith tribute acts on offer. She is the ideal entertainer for your event, with years' of experience performing at events of all kinds - from cabaret shows to corporate parties. Nicknamed Little Miss Dynamite due to her powerful vocals and small stature, Paula both looks and sounds like the chart-topping singer.

Infuse a spark of fun to your event with this dynamite act. Paula Sully is one of the best Paloma Faith tribute acts in the UK, thanks to her distinguishable look and belting voice. Famed for her unique tonality, Paula has perfectly captured Paloma's specific style of singing and psychedelic performance. Since the 80s, she has been enchanting audiences with her solo career before adopting Paloma's iconic ice-white hair. As an event entertainer, Paula is the obvious choice. With her experience, talent and passion for performing, her authenticity shines through.

Originally from Plymouth, Paula grew up surrounded by music on her father's side. She first performed in front of a live audience aged just five, singing to audiences along with her sister and father. From local pubs, Paula soon progressed to larger venues and even bigger audiences. She is the definition of dedicated. While working full-time, Paula performed sometimes five times a week at local events, before progressing to international shows.

In 1995, Paula hit the screen, performing at Rocking around the Christmas Tree on HTV to millions of audiences. From the Jersey Opera House to the Variety Club of Great Britain, there are few stages that Paula hasn't performed at. Following her solo-success, she entered the world of tribute acts, starting as Brenda Lee. For two decades she toured in the Dynamite Show, performing at international venues like the Esbjerg Music Hall in Denmark.

Though her act was a hit with fans and critics alike, she then adopted her Paloma Faith persona, Amazing Faith. Quirky, powerful and charming, few are surprised when they hear that Paula is the best Paloma Faith tribute act in the country. Sitting comfortably at the No.1 top spot, she celebrates the chart-topping artist's unique music.

Book Paula Sully as a Paloma Faith look-alike for your next event with the Champions Music and Entertainment agency, simply get in touch via agents@championsukplc.com or speak to a booking agent directly on 0207 078 78 76. 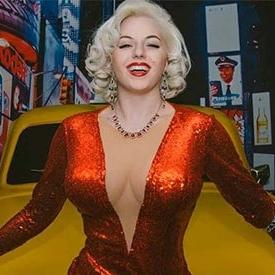 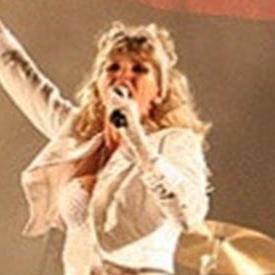 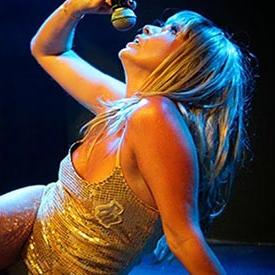