Escala made waves as Britain’s Got Talent finalists in 2008, where they wowed the judges with their intense live electric string performance. This act truly versatile, ideal for both classic weddings and music festivals, where their powerful talent shines through their complex, theatrical setlist. No matter the event, your audience will never forget an act like Escala.

Escala is an exciting electronic string quartet from London, who became Britain’s Got Talent finalists in the 2008 series of the famed national talent contest. In the decade since, Escala has toured worldwide, performing for prominent corporate clients at prestigious venues. The act went from strength to strength with the release of their highly regarded debut album. Among their other achievements, Escala entertained crowds at the 2008 FA Community Shield Final at Wembley Stadium, where they backed Hayley Westenra singing the national anthem.

Later that year, they added Twickenham to their stunning jaunt around the country and even performed for the Queen. They have played at the Royal Albert Hall, appeared on the Alan Titchmarsh Show on ITV, and at Las Vegas’ glittering Pallazo. They also performed the soundtrack for the premiere of the James Bond hit film, Quantum of Solace, at the Leicester Square Odeon.

The string quartet performed on the song Louder Than Words by Pink Floyd in 2014 and released their album, Quadrasonic to rave reviews in 2016. The original members of the band, which currently consists of Chantal Leverton, Helen Nash, Victoria Lyon and Honor Watson, met whilst all performing in the string section for the McFly’s live tour.

In the first round of Britain’s Got Talent, Escala performed a “techno version” of Palladio by Welsh composer Karl Jenkins. The judges were blown away and sent them soaring through to the next round. At the semi-final, they performed an instrumental version of Live and Let Die by Paul McCartney and Wings, receiving a positive reaction from the judges, with Piers Morgan describing it as: “the best performance of the week”. They subsequently won the public vote to win the semi-final and secure a place in the final with nine other acts, where they performed to an overall audience of tens of millions.

An Escala performance is an exclusive opportunity to entertain your guests with a stunning visual & musical act. For each booking, a bespoke performance model is designed specifically to the client’s needs. For special events, they have performed with orchestras, ribbon dancers, aerialists and pop or rock acts. They even have a fiery tango set, having played acoustically with a Spanish flamenco guitarist.

To book Escala as your musicians for hire for your corporate events or wedding string quartet, simply contact Champions Music & Entertainment via agents@championsukplc.com or call a member of the management team on 0207 078 78 76. 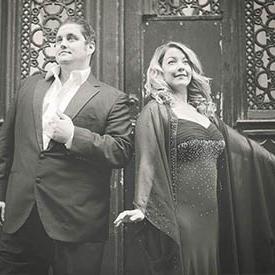 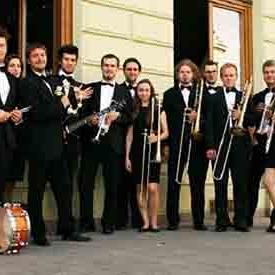