Ricky K is one of the country's most impressive stand-up comedians, having made his name on Britain's Got Talent. His eccentric and energetic shows show his ability to sing, dance and entertain at the highest level.

Ricky K is a British comedian, singer and all-around entertainer famous for his appearance in the 2014 series of Britain’s Got Talent. Before he left the audiences increased on the show, he made his name as a redcoat at Butlins.

Since his debut on the comedy circuit, Ricky K has gone on to be recognised as an all-around entertainer. He has grown in magnitude over the years, making his name as one of the finest visual comedians and variety acts in entertainment.

Ricky is more than a comedian, he is a dancer and a true performer with a gift for knowing what an audience wants and how to get laughs. He fills an audience with positivity and they feed off of his boundless energy.

A natural talented performer, Ricky trained at the Constance Grant School of Dance from a young age and became accomplished in a multitude of dance forms.

From there, Ricky starred as a redcoat at Butlins, and opportunities came up when Premiere International soon jumped on board to bring Ricky K in to perform in five-star hotels across Europe.

His successes brought involvement in many professional theatre productions including Oliver and Great Expectations at the Lyceum Theatre, Sheffield. This lead to television credits such as co-presenting with Philippa Forrester for the BBC’s Broom Cupboard.

Ricky decided to go back to his roots and go it alone, in a one-man show, and ever since his act has gone from strength to strength. Honing his skills as an all-around entertainer, Ricky has written and performed visual routines, parodies and observational comedy to a high-level.

Arguably his finest moment came in 2014 when his self-penned comedy routine The Fairytale of Love saw him reach the prestigious semi-finals of illustrious talent show Britain’s Got Talent.

Making the cut, from tens of thousands of hopefuls - brought Ricky overnight success, and he has since become a major hit for corporate entertainment events. He has fronted the bill at resorts and on ferries for travel conglomerates such as First Choice, P&O and Thomson, as well as for corporate giants such as O2, DFS and Orange.

"Laughed and cried from beginning to end. I saw Ricky K with my 6 and 11 yr olds this evening during the Talent of Britain show and my gosh, definitely the star of the night! Fabulous innuendos for the adults and equally brilliant for the children. Would definitely love to see Ricky in his on his own tour. Fantastic, absolutely fantastic!" - Angela Kearn, Palace Theatre

"Ricky K was fantastic, catered for all ages. One thing I can imagine is it being very hard, at the time he was on, to keep it clean (due to kids being around) but he did this expertly. He had my son who is five in stitches over his noises when singing his song about needing a poo. I would where possible see him again and recommend seeing him. A great last night to our holiday performed by a great all round entertainer." - Ben Goodman

Ricky K comes highly commended and is one of the finest, most surprising and ultimately exciting entertainers in the industry. Book now for your private functions, wedding entertainment, charity events and corporate events. Simply contact a member of the management team directly by calling 0207 078 78 76 or via agents@championsukplc.com. 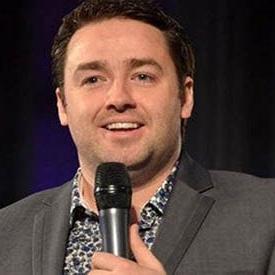