English pop group, 911, are the perfect entertainment act for a wide range of events. Immensely popular in the 2000s, their recent reunion makes now the ideal time to book an act that can transport your audience back to the hits of the noughties. From Moving On to There It Is, this certified Gold band will keep the dance floor filled from sunset to sunrise.

Formed in 1995, 911 are an English pop band who epitomise the 2000s music scene. Since their debut single, Night To Remember was released in 1996, the band boasts an international fanbase, especially in South East Asia where they reached number one in the charts twice. With their relaxed, dance-pop sound and decades of experience, your event entertainment is in safe hands with 911.

When dancers Jimmy Constable and Simon Dawbarn met in the 1990s through a mutual friend, they quickly bonded over their shared love of performing. While working on the show The Hit Man and Her, they agreed to follow in the footsteps of fellow show performer Jason Orange, who left the programme to join Take That. Jimmy and Simon started 911 in 1995, and though they were initially turned down by manager Steve Gilmour, the duo's building fanbase reflected their promise in the industry. Lee Brennan quickly joined them, creating the iconic trio of today.

Under Ginga Records, 911 released Night To Remember, which reached number 38 in the UK Singles Chart. Following such success, they went onto record Love Sensation, which featured in the 1997 film Casper: A Spirited Beginning and win GMTV's Search for the Next Big Thing. Each song they released entered the UK charts closer and closer to the coveted number one spot, including nine successive UK Top 10 hits. During this period, 911 went on a 35-theatre sold-out tour.

Throughout three reunions, 911 embarked on more sold-out UK arena tours, featured in a documentary and even released new music. While on This Morning in 2013, the trio announced that they would be releasing Illuminate (The Hits and More), stating; "bring it on!". 911's 2019 reunion started with a bang, when their South East Asia tour sold out within hours of ticket release, reflecting the band's ongoing influence on the music industry.

Ideal for audiences of all sizes and demographics, as well as events of all themes, 911 are the perfect live function band. Enthusiastic and talented, this trio can take your audience on a journey through the noughties and beyond. This band continue to be as relevant, loved by fans and influential as when they first formed in 1995, a testament to their talent and passion.

To book 911, simply contact the Champions Music & Entertainment agency via agents@championsukplc.com or speak to a member of the management team directly on 0207 078 78 76. 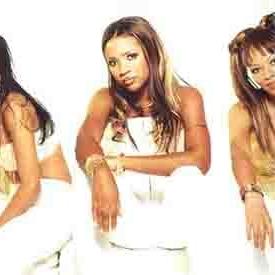 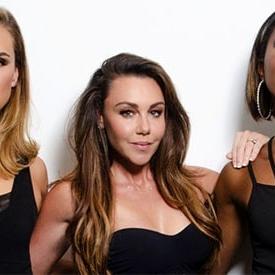 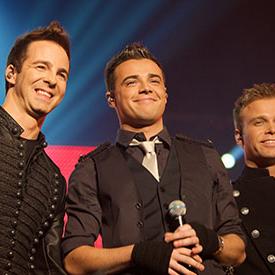