Bringing grade A chaos the stage, Bananarama totally changed the way girl groups were perceived for the better with their unique vocals and looks. Achieving critical acclaim on both sides of the Atlantic, the band achieved two BRIT awards nominations and had numerous chart-topping hit singles.

As one of the most famous 1980s girl bands, Bananarama took the 80s by storm gaining widespread acclaim and creating twenty eight singles in the Top 50s. Perfectly capturing the changing times with their punk look, daring lyrics and risqué attitude.

They formed in 1981 as a group of friends looking to rock pop culture, this included Keren Woodward, Siobhan Fahey and Sara Dallin. They went on to dominate the charts with Bananarama's success only growing they earned the Guinness World Record spot for the most chart entries globally by an all-female pop group. Their influence on pop culture and women is often compared to the likes of Madonna while also being said to have opened the door for the Spice Girls.

As one of the most talked about bands of the 80s they achieved ten UK top ten hits which included Love in the First Degree, Shy Boy, Really Say Something, Robert De Niro’s Waiting and Cruel Summer. By 1986 they went on to conquer the US charts with their cover of Venus and in total the girls had had eleven singles reach the US Billboard Hot 100.

With the trio back in full force the 80s internationally superstars are ready to bring the biggest party, exciting sounds and achieve a dance floor full to the brim. Get a blast from the past at your event or function with all their catchiest songs and show stopping stage presence for an experience truly unique to Bananarama.

To book Bananarama now as the famous band for your corporate entertainment, private party or wedding entertainment, simply contact the Champions Music & Entertainment agency using our online contact form or speak to a member of the management team directly on 0207 078 78 76. 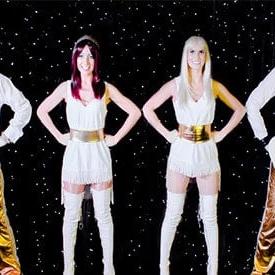 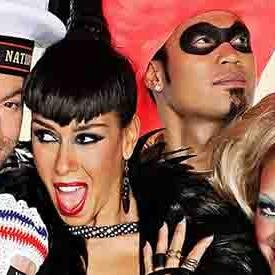 Vengaboys The Vengabus is on the road again