British rock act Scouting for Girls is one of the most exciting pop-rock bands ever to have come out of the United Kingdom. Originally formed in 2005, the group gained early recognition through their participation in the Glastonbury Unsigned Competition.

Since their inception, Scouting for Girls have gone on to release a number of successful full-length studio albums alongside several compilations and extended plays.

Following their early days in London, the group soon signed a record deal with Epic Records. Scouting for Girls’ debut album, Scouting for Girls, was released in 2007. The album was quick to storm the British charts, reaching the number one spot and earning itself a multi-platinum certification. Achieving widespread commercial success, the group’s debut album sold over one million copies within the United Kingdom. As such, the group quickly became rising stars and settled among the country’s best Britpop bands.

The group soon followed up their success with a second album, Everybody Wants to Be on TV. The release performed well within the United Kingdom, featuring in the UK Albums Chart. One of the album’s most notable singles, This Ain’t a Love Song, also reached the number one on the UK Singles Chart. As a result of the album’s success, it was eventually certified gold. The releases that followed, the full-length studio albums The Light Between Us and Still Thinking About You, also achieved success. In 2017, the group’s musical output saw the addition of Ten Add Ten, which saw the band incorporate their greatest hits alongside ten new songs.

Scouting for Girls’ varied musical repertoire has seen them sell over two million records over the course of their colourful career. Many of the group’s most memorable songs, including Love How It Hurts, Heartbeat, This Ain’t a Love Song, Posh Girls, Keep on Walking, The Airplane Song, The Mountains of Navaho, It’s Not About You, I’m Not Over You, She’s So Lovely and Elvis Ain’t Dead remain vastly popular to this day. As a result of their popularity, the band has been nominated for a number of distinguished awards, including nominations for three BRIT Awards as well as an Ivor Novello Award. In addition, the band also received a nomination for Best New Act during the MTV Europe Music Awards.

In light of the band’s continuing success, Scouting for Girls remains one of the most exciting British rock bands in the country today. As such, they have rocked stages across the world, further cementing their status as an iconic pop rock act.

If you would like to book Scouting for Girls to perform for your corporate events, festival or music venue, contact Champions Music and Entertainment via agents@championsukplc.com. Alternatively, speak to a member of the management team directly on 0207 078 78 76. 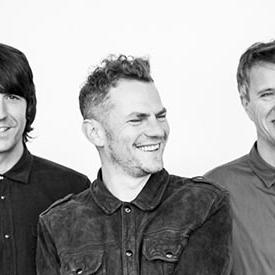 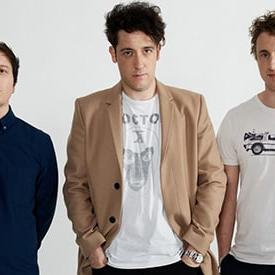 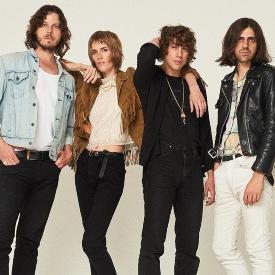