Contemporary, authoritative and unashamedly brilliant, Ella Mai is one of the most promising and exciting musical talents in the world! Having made a remarkable mark on the music industry despite being in the infancy of her career, Ella Mai has already been nominated for two Grammy Awards for Song of the Year and Best R&B Song as well as being nominated for British Breakthrough Act at the 2019 Brit Awards.

The winner of the Best R&B Song at the Grammy’s, Ella Mai has unsurprisingly become one of the most sought-after, requested and in-demand acts in the UK. Regarded as an emerging British artist, full of self-confidence and an affinity for classic nineties R&B by Rolling Stone, Ella Mai is available to hire for any event, dinner or function across the UK through the Champions Music and Entertainment Agency where she is guaranteed to make quite the impression!

Receiving global acclaim for songs Boo’d Up and Trip, the London born R&B hip-hop artist actually attended school in Queens, New York prior to returning to the UK with her family. Beginning her singing career while studying at the British and Irish Modern Music Institute London, Ella Mai was actually an X Factor contestant with a group that was unsuccessful at the auditions which consequently saw her become a solo artist. Taking to SoundCloud to produce and release music with the help of friends within the industry, Ella Mai was discovered on Instagram and the rest really is history as she is set to become one of the biggest R&B artists in the world!

Mai served as the opening act on Kehlani's tour and as a result, Ella Mai’s music reached a larger audience and her music grew on radio airplay in the spring of 2018 perfectly setting the foundation for her to release a debut music video. Ella’s song, Boo’d Up became her first top ten songs in the US and was widely regarded as her breakthrough hit with Rolling Stone stating the single was one of the biggest singles by a breakout female R&B singer in the past 10 years. Boo’d Up peaked at number five on the US Billboard Hot 100 and also broke the record for the most weeks at number one of any song by a woman on the R&B/Hip-Hop Airplay chart.

A performer that has joined the likes of Bruno Mars on stage, Ella Mai’s albums have featured the likes of Chris Brown, John Legend, and H.E.R. A global superstar that is certainly on the rise, Ella Mai has also featured in Meek Mill’s music. A Grammy award winner and Brit nominee, the incredible Ella Mai is available to hire for your next event through the Champions Music and Entertainment Agency.

To hire Ella Mai or any of the other music or entertainment acts on our website, contact the Champions management team by calling us on 0207 078 78 76 or sending us a message via this online form. 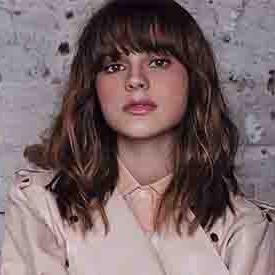 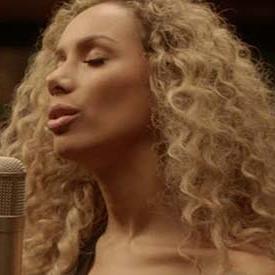