Lewis Capaldi is a Scottish singer-songwriter. Capaldi achieved mainstream successes throughout 2018, and in 2019, reached number one on the UK Singles Chart with his single Someone You Loved. He is also has a hilarious presence on social media.

Lewis learned to play drums and guitar when he was two and began his musical career singing in pubs aged nine. By 17 he had committed to a career in music. He was discovered by his manager Ryan Walter through an iPhone recording on Capaldi's SoundCloud account.

He released his debut extended play recording Bloom EP on 20 October 2017 on which he worked with Grammy Award-winning producer Malay, a long-time collaborator of Frank Ocean. He later released his first track Bruises on 31 March 2017. The song quickly amassed close to 28 million plays on Spotify worldwide, making him the fastest ever unsigned artist to reach 25 million plays on the platform. Shortly afterwards, he was signed to Virgin EMI Records and Capitol Records.

He supported Rag'n'Bone Man on his European tour in November 2017, and Milky Chance on their North American leg of the Blossom tour in January 2018. He attracted attention from celebrities including Chloë Grace Moretz, Kygo, James Bay, Ellie Goulding and Niall Horan. Subsequently, Horan invited Capaldi to support him on two dates on his Flicker World Tour at the Glasgow SEC Armadillo in March 2018.

In May 2018 Capaldi joined Sam Smith on his The Thrill of It All European Tour, opening for Smith over 19 dates. He followed this by announcing a fourth headline the UK and European tour, this time playing 2000 capacity venues across the UK and Europe, including two nights at Glasgow's Barrowland Ballroom, with both shows selling out.

On 13 July 2018 Capaldi was named as one of two acts in BBC Radio 1's 'Brit List', guaranteeing him three successive incremental Radio 1 playlist places. In August 2018, Irish Indie rock band Kodaline invited Capaldi to open for them at a concert in Belfast. In addition to this, Capaldi was included in the line-ups for many festivals during the summer of 2018, including Lollapalooza, Bonnaroo, Firefly, Mountain Jam, Osheaga, Reading & Leeds Festival, Rize and TRNSMT.

Capaldi's second extended play Breach was released on 8 November 2018, which included previously released singles Tough and Grace, along with new songs Someone You Loved and a demo of Something Borrowed. Zane Lowe premiered Someone You Loved on Apple's Beats 1 radio on the day of release.

On 14 November 2018 Capaldi performed a cover of Lady Gaga's Shallow from A Star Is Born live on BBC Radio 1's Live Lounge. To date, Capaldi has played four sold-out back-to-back tours, and in his first 10 months of touring sold 60,000 headline tickets. He is currently supporting Bastille on their 2019 tour Still Avoiding Tomorrow.

Capaldi was nominated for the Brit Critics' Choice Award for 2019, alongside Mahalia and winner Sam Fender.

Capaldi opened 2019 with his breakthrough single Someone You Loved charting in over 29 countries around the world becoming a hit all over Europe, Asia and Australia. His debut album Divinely Uninspired to a Hellish Extent followed in June which became the best selling album in the UK for five years, spending five weeks at number one in its first six weeks of release. The album also achieved gold status in the UK only two days after release.

Capaldi also made history by becoming the first-ever artist in global history to both announce and sell out an arena tour before the release of a debut album. The shows sold out in one second upon tickets becoming available and will see Capaldi play to over a quarter of a million people at his headline shows in March 2020 alone. 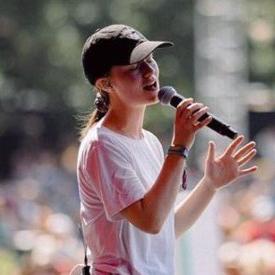