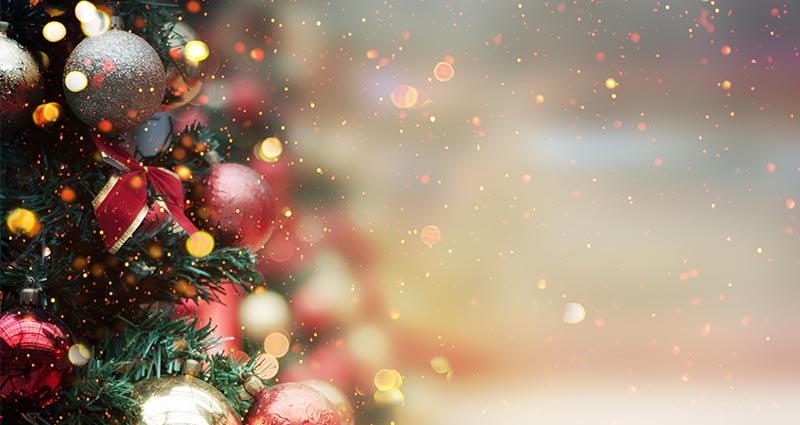 Christmas is on its way, and if you haven't got your party band booked already, don't worry - our expert team are on hand to help you with any last-minute Christmas entertainment. Take a look at our top 10 list for a little inspiration, but make sure to get in touch with our team for the best solutions bespoke to you!

A 6-10 piece funk machine and popular party band in the corporate realm, Urban Intro have graced the stage for clients that include British Airways and Channel 4. They have appeared on MTV and have held residencies at Birmingham's Jam House and Nottingham's Southbank City. Paying tribute to bands both old and new, from Stevie Wonder to Justin Timberlake, Chaka Khan to Rihanna; Whitney Houston to CeCe Peniston; the group combine funk and soul to get audiences in the mood for dancing.

Bringing back to life the sights and sounds of Motown's golden days, The American Four Tops are bound by the booming voice of William Hicks as they create a feel-good spectacle to remember. Playing songs that include My First, My Last, My Everything, Loco in Aculpoco, You Can't Hurry Love, and Soulman, the band plays a masterful tribute to The Drifters, The Temptations, The Four Tops, Smokey Robinson and more.

Chosen to perform in front of 300,000 people for the Royal Wedding at Hyde Park, MIB is the unstoppable party band commonly causing a stir at award ceremonies, weddings and corporate events. Playing all the hits from the 60s to the modern-day, this award-winning band are the perfect antidote to the cold weather in the build-up to Christmas. From Walking On Sunshine to Don't You Want Me Baby; Dancing Queen to Signed Sealed Delivered, Hard Days Night to Moves Like Jagger - there is nothing MIB can't perform.

Everyday I Love You Less and Less, Oh My God, I Predict a Riot, Ruby, Everything is Average Nowadays, Coming Home, Never Miss a Beat; Kaiser Chiefs were the new wave and punk-inspired indie band that shook the nation in the noughties. Winning three BRIT Awards for their debut album, Employment, the pop-rock band sold over 3 million copies, earning widespread attention, with critics calling the act: "quintessentially British, without pretension and most importantly, a whole lot of fun". Further albums have followed and January 2020 will see the band embark on a nine-date arena tour ending at London's O2 Arena.

There is no closer to the real thing you will get than Nearly Bublé, the naturally charismatic professional singer who swoons through the hit albums of Michael Bublé. Having sung for clients including Leeds United FC, Channel 4, ITV, the BBC, Mercure Hotels and more, Dan Smith is the superstar jazz singer able to play your favourite Bublé tunes. These include Feeling Good, Haven't Met You Yet, Sway, Everything and Save the Last Dance for Me. A perfect match for any Christmas bash, Nearly Bublé will have everyone singing along.

Taking you from the winter of 2019 back to the Summer of 69, The Funtime Frankies offer a big band sound that simply stuns. Two-time national winners of the Wedding Industry Awards, the group have entertained at weddings, corporate events and festivals in the UK and beyond. The ultimate choice for a party, the band is well versed in all your favourites, from Can't Touch This by MC Hammer to La Bamba by Los Lobos; Sweet Home Alabama by Lynyrd Skynyrd to Oh What a Night! by The Four Seasons. No matter if you're looking for new music or all the classics, The Funtime Frankies are a must-have.

When two of the world's finest boy bands come together, bringing with them a combination of top ten hits, it doesn't come without fanfare. Taking lifelong friends, Brian McFadden from Westlife and Keith Duffy from Boyzone the duo put on a stunning show. Boyzlife's tour has already been enjoyed by over 20,000 fans and event organisers continue to book them up quick. Who can resist the hits that include All That I Need, Swear It Again, Flying Without Wings, Picture of You, Everyday I Love You, You Raise Me Up, Uptown Girl and Why Do I Love You.

What better way to greet Christmas than with the sounds of the 80s? Performing hits from the likes of Duran Duran, Frankie Goes to Hollywood, Belinda Carlisle, Cher, Madonna, Spandau Ballet, Prince, Cyndi Lauper and more - ReWind 80s have something for everyone. Complete with costumes and lighting, the group transport audiences back to the high-energy dance floors of the 1980s. Unmissable!

Pouring together a sensational blend of music from the West End and Broadway, Beyond The Barricade takes audiences on an exhilarating journey through the hits. The seven-piece band have been touring since 1999, treating audiences at venues such as The Edinburgh Playhouse, the Manchester Opera House and the York Barbican Centre to a songbook that combines songs from The Jersey Boys, Blood Brothers, The Lion King, Mamma Mia, Jesus Christ Superstar, Les Miserables and more.

It's Christmas! So there is only one band that top the tree - Slade. With over a million copies sold, their hit single, Merry Xmas Everybody is a staple of the Yuletide season. And it's not only the Christmas classic that has made them a household name, as Slade's influence in musical history was settled through dynamic performances at Castle Donington, Reading Festival and through an astonishing 323 weeks in the UK singles charts.

To book entertainment for your corporate event, function or conference, simply contact Champions Music and Entertainment by filling in our online contact form or by calling a booking agent directly on 0203 7934 042.

Blog Back to the blog...
Related Posts
Decade Themed (1960s - 2000s) Bands To Hire For Your Event
Top 20+ Entertainers to Add to Your Festival Lineup