A Vision of Elvis

Rob Kingsley is the maestro behind the incredible award-winning Elvis tribute act, A Vision of Elvis. The Ex-Royal Scots soldier has come a long way since trading his army fatigues for Elvis’ rhinestone-encrusted jumpsuits. His act has to be seen to be believed with plaudits by the hundreds coming his way.

Book A Vision of Elvis Today!

Book A Vision of Elvis today!

A truly impressive act, A Vision of Elvis is the ideal entertainment for all retro nights, themed parties, and corporate events. Her unmissable act is ideal for wowing your crowd.

Rob was a young boy when he first heard ‘Heartbreak Hotel’ and ever since then the King of Rock and Roll has been a huge influence on his life. Rob now pays homage to the musician and his attention to detail is faultless.

His costumes are one-of-a-kind with Elvis’ own costume designer Gene Doucette creating all the costumes for A Vision of Elvis. His affected accent, makeup, and hairstyle are uncanny but the real reason people believe him to be the King reborn is his mimicry of Elvis’ movements, gait, and mannerisms.

It isn’t only the looks that Rob has perfected but the music and performance too. His velvety voice and stage work, backed by a world-class band has led to major success. His hit list includes shows at Wembley as a warm-up for Tinie Tempah and Madison Square Garden. With venues like these to his name it is little wonder Rob is considered the best Elvis Impersonator in Europe with a win in the National Tribute Awards.

With such an illustrious career behind him is there any other tribute act to consider hiring as your next concert listing, live show, or corporate entertainment? Book this incredible act now to avoid disappointment.

“On stage Rob Kingsley looks extraordinarily like Elvis. He sings like Elvis, but most importantly, he seems to capture the very soul of Elvis – his charisma, his gestures – he even walks like Elvis! Rob’s contact with the audience is immediate – As soon as the concerts begin, surrounded by his musicians and backing vocalists, he takes the spectators on an emotional roller coaster through time; and, in doing so, shows them a true Vision of Elvis.” - Ed Bonja (the real Elvis’ seventies tour manager)

To book Rob Kingsley’s award-winning tribute show, A Vision of Elvis, for your next party, concert, or corporate function, email the Champions Music & Entertainment agency via agents@championsukplc.com. Alternatively, call a member of the management team directly on 0207 078 78 76. 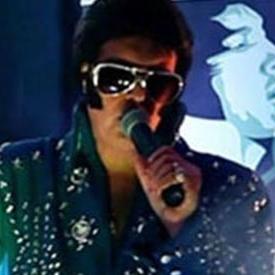 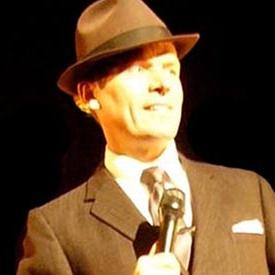