Formed in 1989, the original Take That has since become the most successful British boy band ever to have graced the country’s charts. Originally comprising Gary Barlow, Robbie Williams, Jason Orange, Mark Owen and Howard Donald, the group enjoyed vast success over the course of their career. As a result, Take That has received a number of critically acclaimed awards, including multiple BRIT Awards and Ivor Novello Awards.

Re-Take That’s ability to succeed as a Take That tribute band is partly derived from their unshakeable love for the original act. As such, the band aims to invoke the powerful feelings they themselves experienced upon witnessing the original Take That back in 2009 and 2011. The group’s vision and powerful ambition has led them to add a number of additions to their show in an attempt to recreate the look and sound of the original act. They have continued to shape their performance into a full-scale act, utilising different costumes, dance routines, powerful vocal skills and an exciting light show. Consequently, a Re-Take That show is as much a pleasure for the eyes as it is for the ears.

The band’s success as a tribute act has seen them enjoy rave reviews from a number of well-known celebrities. This includes wonderful reviews from the likes of Jason Orange and Milton McDonald, both of whom have performed with Take That themselves. In addition, Re-Take That have also enjoyed appreciation from the likes of Eamonn Holmes, Lorraine Kelly, Declan Donnelly and Alfie Joey.

Having performed across the country as part of their Wonderland tour, Re-Take That took the stage by storm. The band performed their wonderful act at venues like Wolverhampton Racecourse, Sunderland Empire Theatre, Mercury Theatre, Sands Centre and the Majestic Theatre. In doing so, the band continued to build upon their enviable reputation as one of the most popular tribute acts around.

"Just like watching my mates on stage. Brilliant! The attention to detail is amazing!" - Jason Orange, Take That member

"It's great to see how much care and attention these guys have put into recreating the live Take That experience." - Milton McDonald, Take That guitarist

"The best tribute act you'll ever see. These guys have got talent!" - Declan Donnelly, TV Presenter

"These guys are at the top of their game... absolutely brilliant." - Alfie Joey, BBC Radio Presenter

"I've seen these guys perform and you are in for a treat." - Eamonn Holmes, TV Presenter

Back to 'TAKE THAT'

If you would like to book Re-Take That as the Take That tribute band for your corporate entertainment, wedding entertainment or private event, contact Champions Music and Entertainment via agents@championsukplc.com. Alternatively, speak to a booking agent directly on 0207 078 78 76. 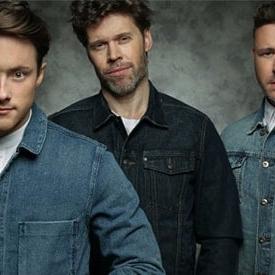 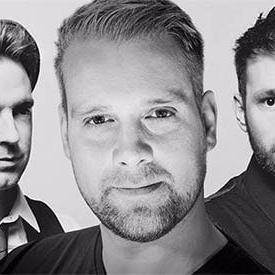