Stepping onto the live stage aged 12, James Franklyn has enjoyed a colourful career in the entertainment business. Having perfected his craft performing in the United States, he has since become one of the UK's favourite live vocalists.

Performing with incredible skill and passion, James Franklyn has been instrumental in transforming events across the country into a musical delight. Acquiring a strong reputation along the way, James is one of the country’s best-loved performers, impressing audiences wherever he goes. Known for his slick performance and his incredible singing voice, James is a musical force to be reckoned with.

Demonstrating in-depth knowledge of various types of music, James’ musical repertoire is immense. With many years of performance experience behind him, James is a natural performer who is at his very best on-stage. Having made his debut at only twelve years old, James supported the legendary Everly Brothers in his hometown of Liverpool. Not long after, James formed part of several live bands, performing alongside stars such as Edwin Starr and Tony Christie.

During the early 1990s, James moved to the United States, performing in soul and blues bars in Detroit. Establishing himself amongst some of the foremost soul singers, he performed backing vocals on several Motown sessions. Enjoying a considerable boost to an already successful career, these experiences helped to shape James’ future in the music business.

Finding success with the listening public, he has since carved out a successful career as a sought-after performer. Having moved back to the United Kingdom, audiences across the country have been able to enrich their event with a performance by one of our best-loved British singers. As a result, James has become a premier booking for corporate events, wedding entertainment and music venues alike.

Having worked with an incredible range of stars over the course of his career, James has been able to hone his exceptional talent as a performer. Delivering a bespoke performance suitable for audiences of all shapes and sizes, James’ professionality has seen him tailor his show to client needs. As a result, James has become a leading name amongst his peers, bringing a sense of charisma and style to every performance.

Relying on his magnificent musical abilities and his wealth of experience performing on stage, James Franklyn is one of the UK’s most sought-after acts. An ideal booking for all manner of occasions, James’ career in the world of music looks to be very bright indeed.

"James entertained at our Captains Evening this weekend and he really did a fantastic job. He sang songs from all era's and got everyone up on the dancefloor. He's a very funny and talented young man, we'll welcome him back anytime." - Jane Trelore

"Shaun and I just wanted to thank James for performing at our wedding at Singleton Lodge. James and his band were incredible and certainly made our evening reception the exact party feel that we wanted. From the intimate first dance he gladly performed for us, to singing Brown Eyed Girl, we had the most amazing time! So please accept our sincere thanks to James, his band and also his DJ who performed great tracks in between his performance sets. I would highly recommend to anyone looking to book James...they will not regret it!" -  Emma and Shaun Dickson

If you would like to book James Franklyn as the singer for your next event, contact the Champions Music and Entertainment agency via agents@championsukplc.com. Alternatively, speak to a member of the management team directly on 0207 078 78 76. 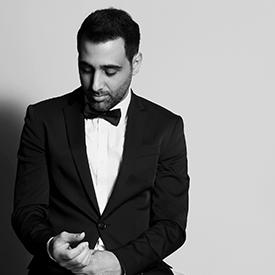 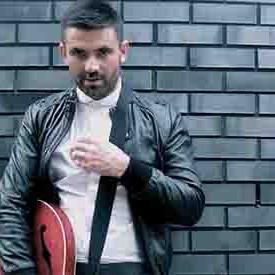