Undoubtedly one of the country's most talented violinists, Kate Chruscicka's performance presents a refreshing take on the classical music genre.

Having developed a magnificent fusion of classical and modern music that is distinctly her own, international violinist Kate Chruscicka has enjoyed a rewarding career at the forefront of classical crossover. Having entertained audiences across the world with the soothing sounds of the violin, Kate has become one of the country’s best-recognised solo artists.

Like many other violin virtuosos, Kate was first introduced to the instrument when she was only six years old. Demonstrating incredible talent and passion for her playing, it wasn’t long before her exceptional talents were recognised. As a result, she embarked on educational music pursuits in her home country of Poland, eventually moving to the United Kingdom to continue her studies. Excelling throughout her education, she eventually acquired a Masters degree in solo violin performance from the Royal Northern College of Music.

Appealing to a wide variety of music enthusiasts, Kate’s performances have been praised for their ability to cross genres. Her repertoire includes exciting reinterpretations of many works by the likes of Vivaldi, Holst, Mozart and Schubert. At the same time, Kate has also been known to perform enthralling renditions of many pop and jazz numbers, including Hallelujah, Wonderwall, Summertime and Eleanor Rigby. Last but not least, Kate also plays her very own versions of songs best-known from the silver screen, including the themes to James Bond and Requiem for A Dream.

Blowing audiences away wherever she goes, Kate’s performance has proven to be a hit with audiences of all shapes and sizes. A delight to witness, Kate’s incredible violin skills have seen her excel in her role as a wedding violinist and as the performer of choice at corporate events. Helping to propel the sounds of classical music further into the 21st century, Kate’s instrumental abilities are a sure-fire way of grabbing listeners’ undivided attention.

Having built up an ever-expanding list of major clients over the years, Kate has lent her natural talents to the likes of Heineken, Apple, Land Rover and House of Fraser. A popular booking at venues across the country, she has performed at Bolover Castle, Ripon Cathedral, Chatsworth House, Sledmere House and even the age-old York Minster.

Enjoying massive success as a violinist for hire, Kate’s thrilling performance is not to be missed. One of the most exciting young faces in modern classical music, audiences across the world have been eager to feature Kate’s performance as part of their entertainment. As such, Kate is the ideal booking for a wide range of occasions.

"Sean and I have just returned from Honeymoon, and I just wanted to say thank you so much for the fantastic performance you gave playing at our wedding. You were absolutely brilliant, I couldn't have wished for a better day, I really appreciate you playing the pieces I had asked for, I can't thank you enough you really were amazing! Wishing you lots of luck in all that you do." - Louise Askins

"Thank you very much for your performance at Hannah and Danny’s wedding yesterday. It made the day very special and everyone was was very impressed with the quality of the music, your performance and the nonstop effort that you demonstrated throughout the afternoon. It was brilliant." - Steve Teale

"Kate you are an amazingly talented musician. Sorry we didn't get the chance to thank you personally. You enchanted us all with the seamless way you wove your music through the service and reception. You helped make a special day , extra special. Wishing you continued success with your career. Breathtaking." - Ann Sapi

If you would like to book Kate Chruscicka as the violinist for your corporate entertainment, wedding entertainment or music event, contact the Champions Music and Entertainment agency via agents@championsukplc.com. Alternatively, speak to a member of the management team directly on 0207 078 78 76. 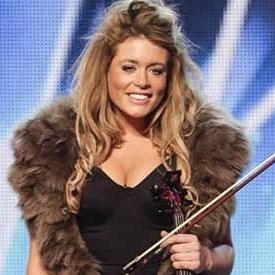 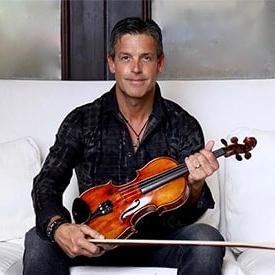 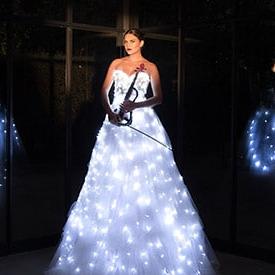