Paul Roberts was a former lead singer of new wave punk band The Stranglers from 1990 to 2006. He has since established himself as an accomplished solo artist in his own right. He is the perfect choice for wedding and corporate entertainment.

Paul Roberts is the former frontman of 80s new wave pop punk supergroup, The Stranglers, and is a highly accomplished solo artist with an illustrious career behind him. With an expansive repertoire of hits available from their five studio albums, The Stranglers were a certified hit for three decades from the eighties through to the mid-noughties.

The Stranglers brought their own ideals to popular culture, and their rebellious, punk-heavy style gained plaudits across the country and abroad. Paul Roberts kept the show on the road when he took over from the previous lead singer, Hugh Cornwell in 1990.

Having built up an expansive repertoire as a soloist and band member, Paul has headlined some of the biggest venues in the UK and performed at sell-out shows around the world.

Paul has featured in various capacities, on more than thirty albums during his career, paying tribute to stars such as David Bowie and Frank Sinatra on stage. As both a stage performer and solo artist, Paul has covered some of the most popular hits of the 1930s and 40s, including classics by Frank Sinatra and the rest of the Rat Pack.

He has also turned his attention to the swing and big band jazz genres in recent times. Splitting his time between the US and the UK Paul Roberts tours the world as a swing and jazz singer. His solo performances are frequently accompanied by full orchestras as well as by some of the most highly-regarded musicians in the world.

Extending his career from vocal performances to musical theatre, Paul Roberts received critical acclaim for his appearance in the Great American Songbook and in an international production of Strictly Swing.

During his time as a solo artist and event performer, Paul Roberts has worked alongside some of the biggest name musicians and producers within the music industry. His professional career has led him to feature in performances at the Royal Albert Hall and he has headlined many shows at prestigious and private events.

Whilst having a magnificent musical career, Paul is also a renowned music academic who has given speeches to many key figures within the music industry. This includes Sir Paul McCartney at LIPA in Liverpool and ACM in Guildford. The multi-talented Paul Roberts is also a fond favourite when it comes to West End productions as well as being a stellar choice for a variety of events.

"Paul’s performance was everything you’d expect from a ‘Rat Pack’ show – smooth, energetic and engaging. He managed to charm our guests and get the whole room swinging. He was also extremely helpful in the run-up to the event and happy to tailor his sets to exactly what we wanted." - Jolanda Nowicka, RAC Golf Club

"Thank you so much for a wonderful evening. Everyone loved the programme and had nothing but praise for you as a singer. We only wish we’d hired you for the entire evening! I’m sure you’ll get lots of calls as a result as lots of people asked for your details." - Josie Rodrigues, Nielsen Media

To book Paul Roberts as the solo artist and performer for your corporate events, wedding entertainment or stage production, simply contact the Champions Music & Entertainment agency via agents@championsukplc.com or call a member of the management team directly on 0207 078 78 76. 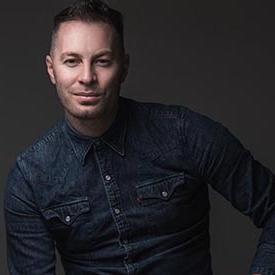 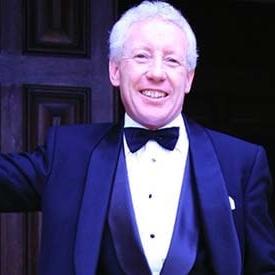