With a voice that is guaranteed to captivate her audience, Selena is a versatile and multi-talented performer who has acquired a wealth of experience on the live music stage. A leading light in entertainment, Selena has the expertise and talent to make a splash at all events.

Originally hailing from Toronto, Selena Evangeline is one of the country’s favourite Canadian singers. Taking inspiration from the sounds of pop, R&B, soul, Motown and jazz, Selena’s performance is a musical celebration of some of the greatest hits in music history.

Selena’s musical talents have seen her share the stage with several notable performers over the course of her career. She has played alongside the likes of Delta Goodrem, Ivete Sangalo, Patrice Rushen, Amanda Marshall and The Nylons. In recognition of her work, Selena has been awarded a coveted Ontario Independent Music Award, as well as receiving an honourable mention in the John Lennon Song Writing Competition.

Following her success in Canada, Selena has since relocated to the United Kingdom, acquiring herself a legion of new fans. Delivering a show that is both energetic and authentic, Selena’s performance is reminiscent of many of the biggest names in music. Invoking images of the likes of Diana Ross, Dionne Warwick, Gladys Knight and Billie Holiday, Selena’s passion for her craft is evident throughout. Her infectious enthusiasm has seen her blow away audiences throughout every corner of the country, making her a popular appearance on music stages.

A prolific studio recorder, Selena has a string of albums to her name. Her latest release, Left Alone, features the piano work of the wonderful Bill King. Together, the duo pays tribute to some of the greatest songs of the American songbook, putting an exciting twist on old favourites. Achieving significant success from the get-go, Selena’s debut album This Girl’s Life received considerable media attention in her home country, finding popularity with the likes of MTV1 and Muchvibe. Her second studio album, Bad Weather, proved to be another exciting addition to her musical repertoire.

Selena’s incredible singing voice is a sure-fire way of getting audiences up on their feet. Relying on her unquestionable musical abilities and her commanding stage presence, she continues to enjoy popularity as the performer of choice for corporate events, wedding entertainment and a variety of other occasions. One of the most exciting solo artists currently touring the country, Selena’s future in the music world looks to be very bright indeed.

If you would like to book Selena Evangeline as the performer for your corporate entertainment, wedding, music venue or private occasion, contact Champions Music and Entertainment via agents@championsukplc.com. Alternatively, speak to a member of the management team directly on 0207 078 78 76. 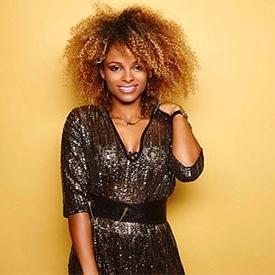 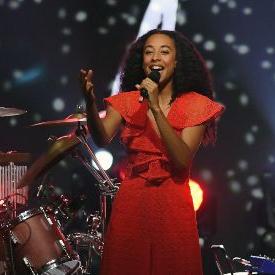