Words cannot describe how utterly entertaining Olatunji Yearwood is. From the moment he steps onto the stage, audiences are captivated by his bright outfits and dance-inducing beats, as he transports them to the beaches of Trinidad. Capable of turning a rainy event into a sunny celebration of music, your audience will never forget an act like this one.

Olatunji Yearwood the definition of talent. His Caribbean beats and energetic performance keep audiences on their feet and dancing all night long, a natural-born talent. The 2018 X-Factor performer burst onto the music scene in his opening audition - but this wasn't Olatunji's first star-studded success. Since he first shot to fame in 2015, Olatunji has been infusing a splash of sunshine into events, festivals and parties across the globe.

Born in Trinidad, Olatunji grew up surrounded by music. His mother was an actress, radio presenter and teacher, while his father is a famous composer - all adding to Olatunji's instinctual ear for music. His first taste of success was as a Soca musician, a genre of music that originates from Trinidad and Tobago in the early 1970s. As a songwriter, he entered and won several talent competitions with his unforgettable act - including the national Junior Calypso Monarch competition.

In 2015, Olatunji won the famous Soca Groovy Monarch/International Soca Monarch with his song Ola. The track became a blockbuster success. Only a year later, Olatunji was earning more accolades, like the International Groovy Soca Monarch Championship. Prior to hitting the X-Factor stage, he appeared in The Fader Magazine as a representative of Afrosoca music. The infusion of Afrobeats and his staple Soca genre added fuel to the fire, skyrocketing him to international success. In 2016, Olatunji partnered with the world's largest Soca music label, Fox Fuse, to release his debut album, Awakening.

In 2018, Olatunji auditioned for season 15 of The X-Factor. The judges were enthralled by his relaxed, positive and energetic personality - even when the wrong backing track was played, Olatunji overcame the technical glitch with ease, highlighting the mistake through improvised song. He handled the situation like the professional that he is, easily flowing into his actual audition song without missing a beat. Titled Bodyline, the track had all four judges, and the audience, up on their feet in a standing ovation. Add a splash of Caribean magic to your event, with Olatunji.

If you need any advice or guidance, or if you have a question about Olatuniji Yearwood or any of the music or entertainment acts on our website, don’t hesitate to give a member of the management team a call on 0203 793 40 42 or send us a message via [email protected]. 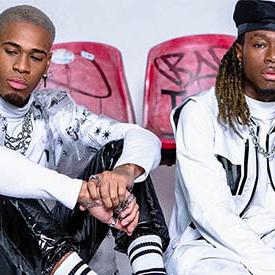 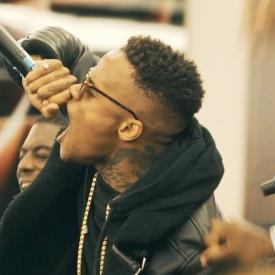