Tom Green is taking UK radio by storm; at just 25, he presents the flagship KISS FM BREAKFAST SHOW, Monday to Friday from 6am.

Tom already has had some amazing career highlights including hosting Kiss Evening Show, The Hits Radio breakfast show and at 21 holding down weekend overnights on the Capital FM Network, all while still at University.

He got into radio at a young age following his Mum banning him from watching TV before school. Naturally, a passion for radio began. Lovable, real and everyone’s mate, Tom’s infectious personality has seen him capture audiences everywhere.

It has been a whirlwind 12 months for Tom. Not only has he co-hosted The Bauer BRITS Show and has been backstage with Ed Sheeran, he flew to LA with Disney and KISS to promote Thor:Ragnarok where he interviewed Jeff Goldblum and Chris Hemsworth. In true Tom style, the conversation soon turned to doner kebabs, random we know! He also hosted a live audience show alongside Katy Perry in conjunction with her UK Tour. His celebrity interviews are always unpredictable, anything from seeing him talking to Jennifer Lawrence about getting naked with The Kardashians, to stripping in front of Liam Payne to becoming good mates with The Rock.

Tom’s other career aspiration was golf and he was obsessed until he realised he was distinctly average; he prefers nowadays to leave it up to the Rory Mcllory and Jordan Speith’s of the world. From an early age a love of all things car-related has been instilled in Tom from his dad and grandfather, who owned a secondhand car garage up north. Tom insists one day he’ll own a red Ferrari... GOOD LUCK!! It will be quite a big step from his first Peugeot 207 which he crashed into his own garage.

Tom’s other major passion is DJing, he has held down residencies down all over the UK, including at WHYNOT in Edinburgh, Scotland’s biggest night club. Also, last year he DJ’d at the legendary Tramlines festival in Sheffield. He can be found hosting on the red carpet for Odeon’s UK film premieres.

It is no wonder Tom has been dubbed the ‘new saviour of UK radio’ and has since been named one of the Radio Academies 30 under 30. 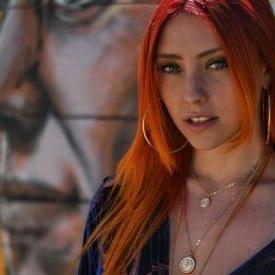 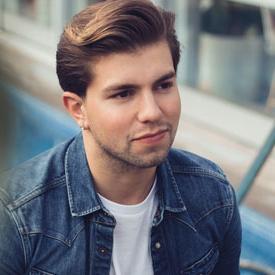