Billy Ocean is a legend in the music industry. This incredible singer is the ideal entertainment for music festivals, concerts, and other musical events.

Trinidadian-born English R&B artist of international acclaim, Billy is available to book through Champions Music and Entertainment agency. Ocean has had a string of pop hits beloved by generations young and old. He is a born entertainer perfect for corporate events, music festivals, and concerts.

Born Leslie Sebastian Charles in Trinidad and Tobago, Billy Ocean was exposed to music from a very young age. His father was a professional musician in Grenada before moving the family to Essex. Leslie started performing as a teenager in clubs around London. It was here he was discovered by John Morphew who recorded a single with the budding artist at Pye Studios with a full orchestra.

Leslie changed his name to Billy Ocean after the Ocean Estate area where he lived. With his new persona, he recorded his self-titled album in 1976 with the debut single ‘Love Really Hurts Without You’ reaching number two in the UK Singles Chart and 22 on the US Billboard Hot 100.

His second album City Limit was a club hit with the singles ‘Are You Ready’ and ‘Stay the Night’ being on heavy rotation.

All of this led his major success in 1984 with the album Suddenly. Featuring the single ‘Caribbean Queen (No More Love on the Run)’. The song was changed depending on location with titles like ‘African Queen’ and ‘European Queen’ doing exceptionally well on their respective continents. Billy Ocean was recognised for his talent winning the Grammy Award for Best Male R&B Vocal Performer in 1985. Ocean even went on to perform his famous singles ‘Loverboy’ and ‘Caribbean Queen’ at Live Aid in the same year.

Ocean continued this success with his next album Tear Down These Walls three years later. This album was certified platinum featuring the number one single ‘Get Outta My Dreams, Get into My Car’.

With such an illustrious career behind him, Billy Ocean has been recognised for his contributions to the art form earning a Lifetime Achievement Award at the MOBO Awards in London. This was followed up in 2011 with Ocean becoming a companion at the Liverpool Institute for Performing Arts. This talented artist is a legend of the music scene and a must at music festivals and concerts.

Book Billy Ocean as the famous act for your next corporate event, music festival, or concert with Champions Music & Entertainment by filling in our online contact form or by calling a booking agent directly on 0207 07 878 76. 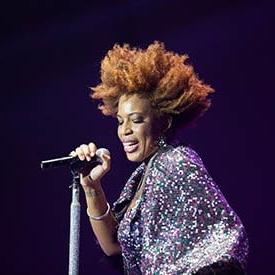 Macy Gray A Legend Of R&B, Soul and Jazz Music 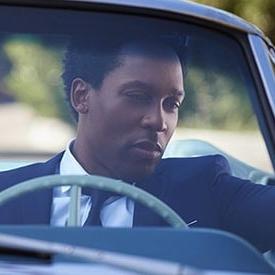