Gareth Gates is a vastly talented British singer and actor who first rose to fame through his appearance on the Pop Idol series. He continues to enjoy popularity as a thrilling entertainment choice for corporate events and music venues alike.

Having since sold over 3 million records in the United Kingdom alone, Gareth has become a household name among British singers, enjoying vast popularity due to his incredible vocal abilities. As such, he has become one of the country’s favourite celebrities.

From his humble beginnings in the West Yorkshire city of Bradford, Gareth soon made an appearance on the very first series of Pop Idol. Performing well throughout the talent show, Gareth eventually finished in second place. His incredible performance soon saw him sign his first record deal. Kicking off his career in the public eye, Gareth’s rendition of Unchained Melody saw him storm the British charts from the outset. As a result, Gareth’s first single was awarded a multi-platinum certification.

Gareth’s second single, Anyone of Us (Stupid Mistake), brought him further attention. Furthermore, he also began to collaborate with fellow British singer Will Young, who himself had won the Pop Idol contest. Together, the duo released Suspicious Minds / The Long and Winding Road, which made it to the very top of the British charts. Soon after, Gareth continued to build further upon his musical prowess, producing a string of successful singles and full length-releases in the years that followed.

From 2008 onwards, Gareth came to star in many of London’s West End musicals, eventually becoming one of the most recognisable stars on the West End. One of his most significant achievements saw him being cast as the lead role in Joseph and the Amazing Technicolor Dreamcoat, a widely popular musical created by Andrew Lloyd Webber and Tim Rice. Following his West End debut, Gareth continued to put on show-stopping performances in various other notable musicals. This included playing the role of Marius in the widely popular production of Les Miserables. Furthermore, Gareth also made appearances in a number of other hit musicals, including Legally Blonde and Hair.

Over the course of his successful career, Gareth Gates has received a number of distinguished awards. This includes a Record of the Year Award, a Smash Hits Award and an MTV Asia Award in the Best International Male category.

With an exciting and varied career behind him, Gareth Gates has become one of the most versatile performers in the country today.

"Gareth was absolutely brilliant really friendly and a true professional. We couldn’t have asked for any more." – Catherine, Surprise Birthday Party

If you would like to book Gareth Gates to perform at your corporate event, music event or private occasion, contact the Champions Music and Entertainment agency via agents@championsukplc.com. Alternatively, speak to a member of the management team directly on 0207 078 78 76. 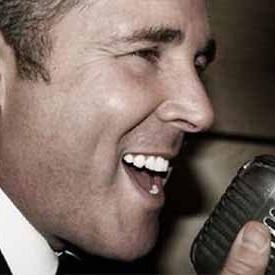 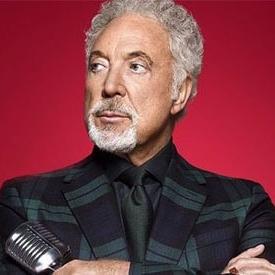