Vocalist on UK number one singles I Got U by Duke Dumont ft Jax Jones & I Wanna Feel by Second City.

South London singer-songwriter, Kelli-Leigh is one of the UK's most exciting up and coming stars in popular music.

Having first featured on UK dance single, Cry (Just a Little) by Bingo Players, Kelli-Leigh boosted her reputation as a backing singer on Adele's 2011 tour. In 2014 she would feature on two number-one singles, I Got U by Duke Dumont, featuring Jax Jones which was certified Platinum and I Wanna Feel by Second City which was certified gold. She then joined up with Ferreck Dawn and Redondo for Love Too Deep which peaked at 48 in the UK charts.

In 2017, she worked with James Hype on hit single More Than Friends, the third top ten single she featured on and another that was certified platinum.

In 2018 Kelli-Leigh released her debut solo single, Do You Wanna Be Loved Like This? She followed this up with Can't Dance featuring Art Bastian and 2019's Without You. All received an impressive online following and she first performed her hit, Without You at London's O2 Academy, Islington. 2019 also sees Kelli-Leigh appear at the Sundown Festival and Southbeats Festival.

Offering a distinctive style, Kelli-Leigh has been touted as one of the most exciting talents in R&B and soul. Having already featured her voice on hit songs and joined up with a host of top artists, there is seemingly no limit to what she can achieve.

In a relatively new life as a solo singer-songwriter, she has already proven she is willing to fuse something new, as she blends soul, pop, R&B and electro in a way that very few artists are doing in the same way.

Fresh, talented and growing in influence, the future is bright for an artist so committed to making people feel through music.

A fantastic personality able to intoxicate both with her musical talent and charm, Kelli-Leigh is a contemporary force in music that is here to stay.

If you need any advice or guidance, or if you have a question about Kelli-Leigh or any of the music or entertainment acts on our website, don’t hesitate to give a member of the management team a call on 0207 078 78 76 or send us a message via agents@championsukplc.com. 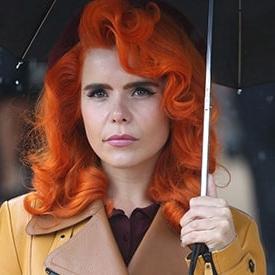 Paloma Faith One of the Great Contemporary Solo Artists 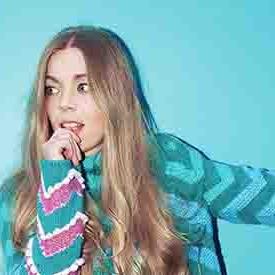