Stephen Bayliss is a British Singer-Songwriter who’s been entertaining audiences for over three decades. With an unmistakable voice and charisma, he sets the gold standard in vocal performances. His colourful career has seen him entertain at thousands of events throughout the UK and Europe and has taken him around the world performing to International Audiences.

Stephen’s exciting career started around 1989 with two friends writing original, critically acclaimed soul songs. His band was called Watch This Space and if you did, you certainly weren’t disappointed.

In 1993 Stephen was hand-picked to be a part of Sir Cliff Richard’s Access All Areas tour, this gave him invaluable performance experience in front of massive audiences, after that tour, he joined up with three accomplished musicians to form the band Hothead. Hothead had a diverse range of influences and directions, sewn together by Stephen’s smooth soulful voice.

All this experience forged him into a complete artist in every aspect and Stephen continued to grow and became one of the UK’s most successful performers, selling out every concert he plays.

In 2003 Stephen produced and appeared in his own theatre shows entitled All Night Long and Let There Be Love. The show also proved to be a platform for his requested and anticipated original material. The material he has since recorded for his album Play For Keeps backed by a 42-piece orchestra released in 2005.

To this day Stephen still writes and records original music and continues to develop as an original artist. Stephen’s stage presence is magical, commanding the mood and audience to participate and have the time of their lives.

His repertoire ranges from original to Motown, rat pack, soul, modern popular music and more, in short, Stephen can bring visions of an era gone-by or stand strong as a solo original or accomplished cover artist, this versatility allows him to tailor the performance exactly to the audience, ensuring everyone goes home with a memory to cherish.

Stephen has a unique ability to unite all generations on the dance floor with his powerful delivery of songs from the 50s through to the present day.

Charity fundraising work is close to Stephen’s heart, Breast Cancer Care’s Big Kiss’ event being an annual event he is involved with, Help the Aged, Derian House Children’s Hospice some of the other charities Stephen has supported. Stephen is a patron of SPACE a multi-sensory centre for adults and children with disabilities. Stephen is helping them raise the £3,000,000 they need for their new centre, which they have just purchased. He is also Vice Patron of Baby Beat. 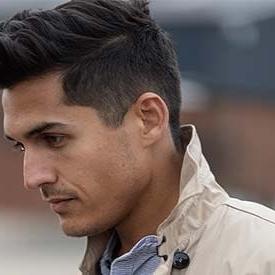