An integral part of one of the leading pop bands, the Scissor Sisters, Ana Matronic has earned a reputation as one of the most exciting and talented vocalists on the stage today.

Ana Matronic is the stage name of the singer-songwriter and co-lead vocalist of the Scissor Sisters, Ana Lynch. The band were one of the leading players in the alternative, glam rock and pop scene in the noughties and picked up a huge gay following as their act became a feature in the nightlife of New York.

The band's diverse repertoire earned them widespread acclaim as they became commonplace in the UK charts. Their dynamic style and distinctive vocals made Scissor Sisters an iconic show band, capable of rousing crowds at all manner of events.

Racking up an impressive 12 chart hits, three of which fell inside the UK Top 10, the party band become the go-to for a crazy night of hot hits, jumping around and a generally lively spectacle. The irony of a Scissor Sisters gig is that nobody attends and says: 'I don't feel like dancing'.

Though the band flirted with the charts in 2003, it was their 2004 version of Pink Floyd's 'Comfortably Numb' that brought them out of the club scene and into the mainstream. The song topped the charts and led them to greater success. They followed this up with the release of their eponymous album a month later. The album immediately charted, spent 4 weeks at the top spot and a remarkable 131 weeks in the UK Album Charts. Their songs appeared across popular culture in films and television, even featuring in Skins. In 2004, Bono of U2 moved to describe Scissor Sisters as: 'the best pop group in the world'

2006 saw the release of their second album, Ta-Dah which fared similarly, again reaching number one and spending 55 weeks in the UK Album Charts. The hit song from the album, 'I Don't Feel Like Dancing' became one of the hits of 2006 and spent four weeks at number 1 and close to a full year in the UK Singles Charts.

Two further albums followed, Night Work in 2010 and Magic Hour in 2012, both of which made the Top 10 and continued their extreme popularity in the UK and abroad before their split. Ana Matronic insisted it was not over for the band and that they would be back.

Ana Matronic has grown legions of fans during her time on the entertainment scene. Since the band's hiatus, Ana has appeared as an advisor on The Voice UK, and as a commentator on the Eurovision Song Contest semi-finals for the UK in 2013 and 2014. She has since worked regularly with BBC radio, presenting the Sunday night till morning show and performing DJ sets for Radio 2 Live in Hyde Park.

Ana Matronic is one of the most famous vocalists, celebrity DJs and radio presenters around and offers an incredible display for your corporate event entertainment. You can book her amazing act today with the Champions Music and Entertainment agency via [email protected]. Alternatively, speak to a member of the managing team directly via 0207 078 78 76. 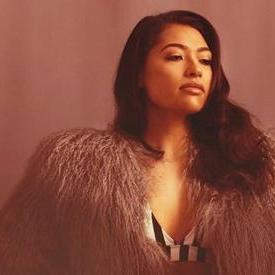