The Best Bands and Acts for University Summer Balls 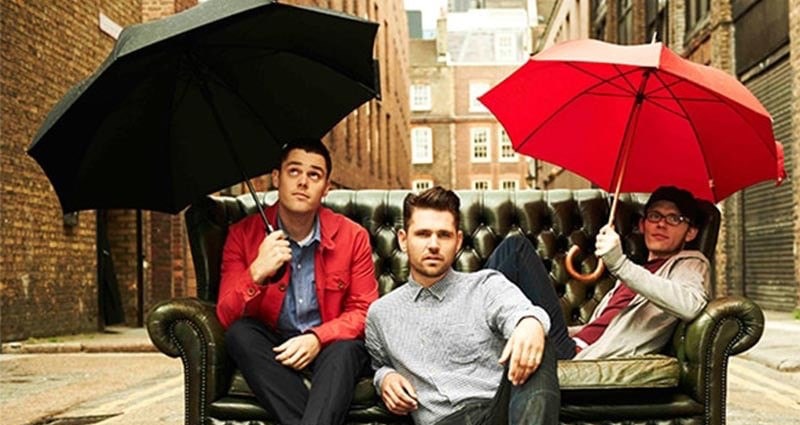 A summer ball is the highlight of the year for many students, it’s the perfect opportunity to celebrate academic achievements, new friendships, and new experiences. Dress to impress, relieve your studious stresses and let your hair down by enjoying some good entertainment.

What Kind of Acts Perform at a Summer Ball?

Whether you have a themed event or a classic ball in mind, there is a lot of variety to choose from for your summer ball. From our roster of performers, you can choose from solo artists, bands, comedians and live DJ's.

What Can an Act Be Hired For?

Our acts have a vast range of expertise! You can hire an act:

By hiring different acts you can break up the stages of the night and keep the electric atmosphere going!

Breaking boundaries in the music industry is Mabel, a highly talented female artist. Mabel has released a range of solo singles and catchy collaborations, making a name for herself as a rising star. Singing summer hits and songs of freedom and celebration, Mabel’s energy and talent is fitting for a university summer ball!

“we’ve only just touched the surface of what this powerhouse has to offer.” – Sarah

Scouting For Girls have been an iconic indie-pop band since 2007. After their self-titled album went triple-platinum, their songs She’s So Lovely, Heartbeat and Elvis Ain’t Dead have become generation-bridging anthems. In consideration of the success of their relatable hits of comfort and escapism, Scouting For Girls are perfect to enter summer with at your university ball.

“It was an absolute killer of a set list, playing songs both old and new, singalongs and moments, pure good times.” - Ted

Known for his variation of talents, Yung Filly is a comedian, presenter, and musician. Filly is well known across all platforms for his hysterical YouTube videos and melodious tunes, including his songs Long Time and Again. Beloved and popular among today’s youth, Yung Filly is a standout creator and artist.

“Your comradely is truly inspiring and your laughter is contagious.” - Mikal

The number one hype man, producer and DJ, Charlie Sloth, set the pace in the entertainment industry. Previously a host on BBC Radio 1 and 1Xtra, Charlie is known for changing the perceptions of rappers and for creating the infamous show, Fire In The Booth. Now working with Apple Music and Beats 1, Charlie is a very successful figure in the music industry with expertise entertaining the masses.

“Beats, vibes and rhymes filled the entire room to the brim with energy – the night was electric” – Valerie

Taking the charts by storm, Tom Walker has established himself as a preeminent voice in the music industry. With his hit single Leave A Light On going platinum, Tom has paved the way for success as he has released more popular hits, such as Something Beautiful and Serotonin. His raw voice and rock-pop sound are perfect as a headliner for any event.

"Thank you so much Champions for helping us pull off our concert day at Stowe School! The performance from Tom Walker was worth the two-year wait. We couldn't have done it without you guys!" - Molly, Event Co-Ordinator, Stowe Enterprises Ltd

Axel Blake is a content creator, previously a presenter for UNILAD and winner of Britain’s Got Talent 2022. After delivering a series of unforgettable and priceless comedy sets, Axel was named a “comedy superstar” by BGT judge and comedian, David Walliams. Bound to have you in hysterics, Axel is a hilarious stand-up comedian specialising in observational comedy. Book him for your ball this summer as a host or comedy act!

"We have discovered a star" - Simon Cowell

Previously presenting the Capital Breakfast show, Channel 4’s 4Music channel and Trending Live!, Vick Hope has an impeccable taste in music. Knowing how to please an audience, Vick is a skilled host having received a TRIC Award for Best Radio Show and being nominated for an Urban Music Award for her Capital Xtra Weekends Breakfast Show.

“Flying and soaring and inspire us!” – Bobby

Calling all music lovers to the dance floor is Game of Thrones star, Kristian Nairn. Working alongside the likes of Steve Aoki, Fatboy Slim and Danny Howard, Kristian is Ireland’s resident house DJ. Showcasing his remixes and his own tracks across the world, Kristian has performed at many venues including dance festivals like Tomorrowland and at super clubs such as Amnesia and Hakkasan.

“Every time I listen to this guy he's great. This is what I'd like to hear at a concert.” - Damien

As one of the top-selling dance acts of the 2000s, Cascada is a multi-platinum award-winning trio from Germany. Fronted by Natalie Horler, the group was created by DJ producers Yann Peifer and Manuel Reuter in 2004. With their hit singles like Everytime We Touch and Evacuate The Dancefloor still popular today, Cascada are a successful act of the dance genre.

“She has always meant to be performing and that is definitely what she does.” - Jonni

Pixie Lott is a solo female pop star with three flourishing albums. As a pop sensation, Pixie has been in the music industry since the age of 15, starring in theatre productions, and releasing her own albums and singles. She has also written songs for the likes of Selena Gomez, Alexandra Burke and the girl group, Girls Can’t Catch. Pixie Lott is an idol, having paved her way independently throughout the years and performing at many events, such as the Isle of Wight Festival.

“Pixie Lott and her band got the whole crowd involved with a mass singalong.” - Lauren

Former member of The Pussycat Dolls, Ashley Roberts, is a pop superstar, radio and TV personality. Ashley has a diverse set of talents, showcased through her successful solo albums, performances in theatre shows and hosting on Heart FM Radio. Famed as a member of one of the biggest girl groups known in the world, Ashley is a renowned performer, personable and confident on all stages.

Ready to enter summer with immense energy and charisma, it’s Chico time! X factor star Chico Slimani was born to entertain as a zestful dancer with exceptional vocals. His performance of It’s Chico Time led the hit to reach number one on the British charts in 2006, making him a staple in British entertainment. Get ready to dance into summer by booking Chico today!

Formed in 1991, East 17 have released four Top 10 albums and eighteen Top 20 singles over the years. One of the UK’s most loved boy bands, East 17 consists of original members Terry Coldwell and John Hendy, as well as the latest member Robbie Craig. The group blends rap and pop to create hits like Let It Rain and House of Love. Bringing back sounds of the 90s, East 17 are a band to see live!

“Packed with attitude and chart-friendly hooks from start to finish.” - Retro Pop

To create the highlights at your summer ball, contact one of our dependable agents at Champions Music & Entertainment by calling 0203 79 340 42, by filling in our online form or emailing us at [email protected]

You can also book one of the acts above or any of our other university entertainment acts for all university events, including freshers, winter balls and graduations.

> More posts by
Blog Back to the blog...
Related Posts
Top 15 Famous Headliners for University Freshers Week 2022
Live Party Entertainment Ideas to Make Any Occasion Memorable
Get The Party Started With These Top 10 Dance Acts