Top 20+ Entertainers to Add to Your Festival Lineup 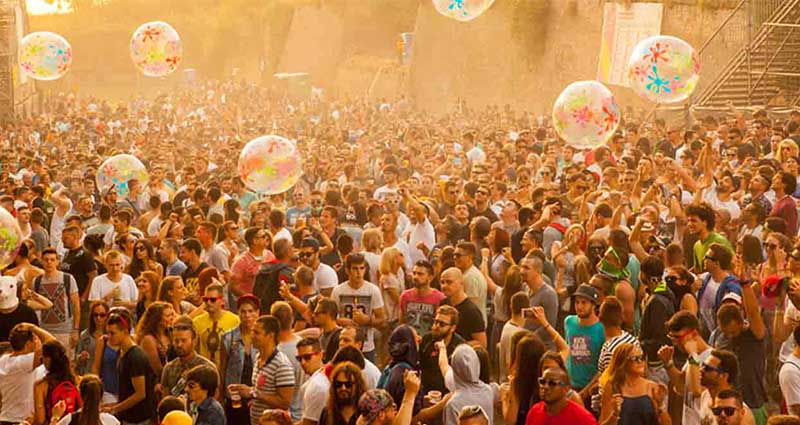 Are you wondering how to book festival acts or looking to find great festival entertainment to hire? Or to simply check out who is hot this festival season? You're in the right place - Champions Music & Entertainment offer thousands of incredible festival acts crossing all genres.

In this post, we take a look at some of our favourite music festival entertainers, with 20 awesome acts to really rouse your crowd.

Descending from the tiny town of Glastonbury, which becomes the biggest town in the south-west during 8 amazing days in June, Reef is one of the most exciting rock bands around. You may remember them for big hits, Place Your Hands and Naked which was the soundtrack to the Sony Minidisc commercial. Remember those? The West Country rockers were on the bill for Derbyshire's Bearded Theory and Castell Rock Festival at Chepstow Castle.

It is no surprise to see that Rudimental is hot again this festival season. Taking their drum and bass to Europe, Rudimental was seen live at the Open'er Festival, Poland, Hideout Festival, Croatia and the Grape Festival in Slovakia. Playing songs from their chart-topping songbook, the BRIT award-winning band can wow your crowd with the likes of Feel the Love and Waiting All Night.

You don't get much bigger and better than Nile Rodgers and Chic. The musical Hall of Famer is the man behind some of the greatest tracks ever recorded, including Le Freak, Good Times and We Are Family. He has proved his longevity in the industry with a stream of recent hits, which include the massive collaboration with Daft Punk and Pharrell Williams, Get Lucky. Chic may not come cheap, but they guarantee a party with memories to last a lifetime.

Providing a summer soundtrack that is among the world's favourites, Vampire Weekend is an exceptionally gifted rock band with hit songs such as Oxford Comma, A-Punk, Holiday and Giving Up The Gun leading the way in their vast and exciting repertoire. They have performed in Madison Square Garden and are appearing across the US and Europe.

For something a little different, and to feature the timeless hits from soul and Motown, Danny Foster & The Big Soul Corporation are ideal. Danny was part of the hit pop band, Hear'Say which enjoyed success with popular songs such as Pure and Simple. Having featured at the Royal Variety Performance, Top of the Pops and the BRIT Awards as well as performances alongside Lionel Richie, Danny Foster and co are a wonderful addition to any music festival entertainment.

Proven to be a highlight of festivals across the world, young singer-songwriter Sigrid has become a sought-after act. Having supported the pop superstar, George Ezra on his UK tours, Sigrid is now a star in her own right. Having been on the lineup for Latitude and the Isle of Wight Festival, the Norwegian's distinctive vocals are loved at all festivals. Enjoy her hot hits like High Five and Sucker Punch today!

Emerging singer-songwriter Tom Grennan has had a busy few years. After featuring on Chase & Status' hit single, All Goes Wrong and appearing on Later...with Jools Holland in 2017, Tom has also fronted the F1 Live and released Found What I've Been Looking For - the soundtrack for Sky Sports' Super Sunday and FIFA 2018. He joined George Ezra, The Vaccines and Kate Nash on the bill for Neighbourhood Weekender and is a must-have this festival season.

A long-time festival favourite, the musical legend of Billy Ocean is well known. With a string of R&B and pop hits such as When The Going Gets Tough, the Tough Gets Going and Caribbean Queen, Billy Ocean has won a host of awards, including a Lifetime Achievement Award at the MOBO Awards in 2010. Busy touring the UK prior to the festival season, Billy has been seen performing alongside Beverley Knight at Kew the Music festival.

KT Tunstall made her name with an incredible live performance of Black Horse and the Cherry Tree on Later...with Jules Holland. Soon she was hot property in the UK, picking up nominations for the Mercury Music Prize, BRIT Awards and BBC Sound of 2005. She has made a hotly anticipated come back in recent years, to win the Inspirational Artist of the Year Award at the Music Week Awards. Now she can be found touring the UK's biggest venues, such as headlining the DIVA Music Festival, celebrating inspirational women in music.

Mabel made her musical breakthrough with the hit single, Finders Keepers in 2017 and has since continued her rapid ascent with hits Ring Ring, Fine Line, My Lover and Don't Call Me Up. She has been nominated as the Best British Breakthrough Act for the 2019 BRIT Awards and performed at Liverpool Sound City 2019, Soundscape Weekender and South West Four.

The undisputed Prince of live music right now, Ed Sheeran has ensured his reputation with streams of hit songs. You can enjoy the hits from his incredible songbook; Perfect, Shape of You, Thinking Out Loud, Galway Girl, Castle on the Hill, Lego House, The A-Team and many more today with an authentic lookalike and soundalike. Browse our selection of Ed Sheeran tribute acts, who are able to authentically replicate the talent of Ed Sheeran.

Some acts are utterly timeless and everyone knows their popular songs - The Beatles are one of those. Booking a Beatles tribute band can be a truly exciting addition to your music festival acts, with award-winning acts such as The Cavern Beatles, a resident band of the cavern club. You can also enjoy The Bootleg Beatles, whose performance prompted Beatles guitarist, George Harrison to say, 'You probably know the chords better than I do'.

If you are putting on a festival that focuses on Blues or comedy, look no further than a Blues Brothers tribute band. Playing the hot hits from the incredible musical, we have a range of authentic acts able to capture the sounds and good times of the 80s. The Birmingham Blues Brothers and The Amazing Blues Brothers come complete with the famous black and white police car, while The Chicago Blues Brothers performed live at the London O2 Arena.

For a high energy tribute act to wow your guests, why not employ the services of a Kylie tribute artist. With all the amazing hits such as Locomotion, Spinning Around, Can't Get You Out of My Head and I Should Be So Lucky among others, and an authentic all-singing all-dancing performance - there are a host of amazing tributes to the queen of pop. This includes the National Tribute Music Award Winner, Rogue Minogue.

Champions Music & Entertainment offer many great tributes to legends of Motown and soul. From Belinda Davids impressive display as Whitney Houston to Buzz D'Angelo's James Brown Experience and The American Four Tops tribute to The Drifters, The Temptations, Smokey Robinson and The Four Tops, we have plenty of acts to fill your festival dance floor.

The Mac Twins head up the Saturday night slot on Virgin Radio and have DJ'd at some of the world's biggest events. Massive on the corporate events scene, they have spun the decks at product launches for brands such as Diet Coke, Hyundai and Armani, as well as for the cast of Love Island. They are no strangers to festivals either and their signature sets have proved popular at the Sunset Festival, Festifeel and Mastercard Fashion Undressed Festival.

Seven-time Grammy winner, Mark Ronson is one of the UK's greatest musicians, DJs and record producers. Best known for tracks such as Uptown Funk, Nothing Breaks Like a Heart, Electricity and Find U Again, Mark has collaborated with everyone from Amy Whinehouse and Lady Gaga to Bruno Mars and Robbie Williams. Having reached the top 15 of the UK Singles Chart, Mark is guaranteed to lift the star appeal of your festival or event and is a fantastic addition as a celebrity DJ.

After coming to the nation's attention on X Factor, where he eventually finished runner up, Olly Murs has taken the charts by storm. He has enjoyed an impressive eight top ten UK Singles including Please Don't Let Me Go, Dance With Me Tonight, Troublemaker and Up. He has become a judge on The Voice UK and is always popular with festival crowds.

Runner up on the second series of X Factor back in 2005, Andy Abraham is back with his poignant tribute to Nat King Cole's Songbook, celebrating 100 years of the soul icon. The popular soul singer is a great choice to engage discerning audiences at soul festivals.

If you're looking for some class in your festival tent, Britain's Got Talent's incredible Impact Dancers are a wonderful choice. They have entertained viewers on Graham Norton and Don't Tell the Bride and can transport audiences back to the glitz and glamour of the 1920s in the blink of an eye.

To hire festival entertainment, contact a booking agent either via phone, on 0203 7934 042, or our online contact form to receive your free quote. 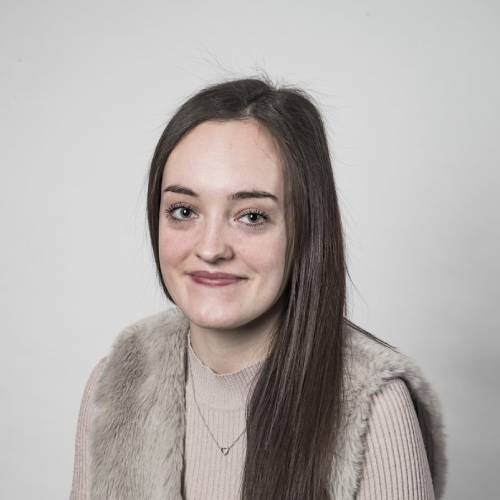 Joining the Champions family in late 2019, Lauren has increased her skill set as an SEO Apprentice. Lauren has put her knowledge into practise to produce content for a multitude of Champions websites, blogs and social media posts.

Achieving a distinction in her Digital Marketing Level 3 Apprenticeship, Lauren is now an SEO Executive who is continually developing her knowledge of the subject. Working on an array of Champions websites, Lauren strives to ensure that the content is of the highest quality and standard, whilst also reflecting the tone and persona of the brand.

In her spare time, you can usually find Lauren in the shops adding to her ever-expanding shoe and handbag collection – something which she admits herself is getting a little out of control!