Cannon and Ball’s chemistry is legendary and they continue to shake showbiz with their routines. Their show is wrapped up in a neat package with fun squabbles, spot on punchlines, surprises and spectacular comedy songs.

In their heyday, comedians Tommy Cannon and Bobby Ball were one of the most popular comedy duos on British television and their country-wide tours always sold out. They were loved and cherished by audiences for their charismatic personalities which together formed one of the greatest showpiece acts around.

That reputation remains untarnished. Their ability to engage an audience never ceases to amaze - and the two are considered masters of comedy. Booking Cannon and Ball for pantomimes and stage shows can guarantee a sell-out crowd.

Formerly welders in the northwest of England, Cannon and Ball began their show business careers as singers in nightclubs and pubs but decided to become stand-up comedians – and they never looked back. The comedy duo got their television break on The Wheeltappers and the Shunters Social Club comedy programme in 1974 which was followed by an appearance on the highly popular Bruce Forsyth’s Big Night.

The two based their comedy on the old-style comedy pairing form where there would traditionally be ‘funny man’ and an irritated ‘straight man’. Playing heavily on his roots, Bobby Ball was that funny man and often came out with catchphrases that audiences loved – and still do today. They include, “that’ll do for me, cocker”, “rock on”, "Tommy!" and “I’m excited!”.

Their Cannon & Ball television special ran for nine series, spanning close to a decade. The show gained critical acclaim and is mentioned in the same breath as the iconic Morecambe & Wise shows.

When the series ended, the famous comedy duo’s dog days weren’t over and they went on to star in their own situational comedies Cannon and Ball’s Playhouse and Plaza Patrol, where they famously played security guards in a shopping centre. They also had their own 90s variety game show called Cannon and Ball’s Casino.

The two split and went solo in the early noughties and both had television success. In 2005, the two reformed for an appearance on British reality television series I'm a Celebrity...Get Me Out of Here!. Since then, doors have consistently been left open and they have performed as a duo and solo on television, appearing together on the popular British sitcom, Last of the Summer Wine.

In 2010 they were panellists on the popular Radio 4 show, Act Your Age and appeared in 2012 on a celebrity version of Channel 4’s Coach Trip. In 2018 they appeared in ITV's Last Laugh in Vegas.

To book Tommy Cannon and Bobby Ball as the British comedy duo for your corporate events or television entertainment, simply contact the Champions Music & Entertainment agency via agents@championsukplc.com or speak to a member of the management team directly on 0207 078 78 76. 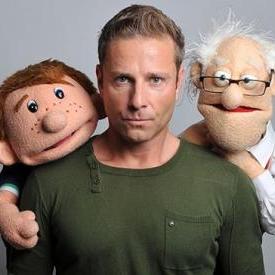 Paul Zerdin Ventriloquist Comedian Who Performed In Front Of Royalty 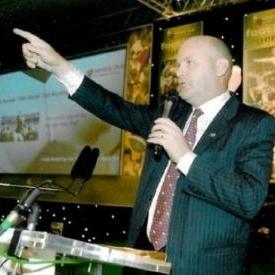 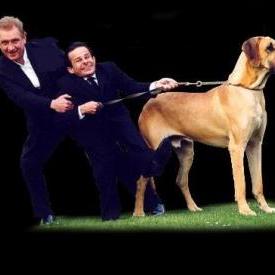