Tom O’Connor is a professional comedian and host available for bookings through the Champions Music and Entertainment agency. A veteran stand-up comic and legend television host, Tom has been an integral part of the UK entertainment scene for over 40 years.

Tom O’Connor is a professional comedian and host available for bookings through the Champions Music and Entertainment agency. A veteran stand-up comic and legend television host, Tom has been an integral part of the UK entertainment scene for over 40 years.

Tom began his professional life as the opposite of a comedian, a maths teacher. Teaching at St Joan of Arc School in Bootle, Tom was inspired to find a new way to get his students interested in maths and did so by incorporating humour. Asked about his decision Tom said,

‘The only way I could think of getting through to them was to tell jokes… It worked a treat and that’s really how the comedy all started.’

Tom took his singing and comedy act to clubs around the country and soon began moonlighting as a cabaret performer, comedian, and singer. Eventually he had to decide between teaching and comedy and took the plunge.

His breakthrough came in the form of an appearance on The Comedians. Running for 12 seasons it was the benchmark for successful comedians with the likes of Duggie Brown and Jim Bowen making their way through the beloved show. From here he made a splash winning three episodes of Opportunity Knocks. Tom became a staple of comedy and gameshow television, hosting Name that Tune, Wednesday at 8, Gambit, Crosswits, and even his own show the Tom O’Connor Show. Tom’s show travelled the country. The show was a hit garnering over 12 million viewers every day. Tom and writer Barry Faulkner had to be sharp as changes were often made mere minutes before the broadcast.

Tom’s success would see him receive the honour of performing in the Royal Variety Show at the London Palladium. He was also the subject of This is Your Life in 1977.

The 2000s saw Tom make his acting debut on Doctors. He played Father Tom in the popular BBC series. He is a popular guest of Countdown appearing a staggering 100 times on the popular quiz show. Tom even managed to prove himself in the question winning an episode of Celebrity Come Dine with Me.

There are few comedians as timeless and funny as Tom O’Connor. A consummate professional, he is the ideal entertainment for your next event. Book this legend of the industry now.

To book Tom O’Connor as the comedian for your next public appearance, corporate event, or other functions contact the Champions Music and Entertainment agency via email at agents@championsukplc.com. Alternatively, call a member of the management team directly on 0207 078 78 76. 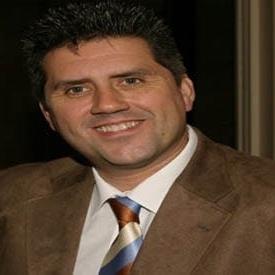